In a highly anticipated decision, the US Supreme Court on Monday ruled that Title VII of the Civil Rights Act of 1964 protects gay and transgender employees from discrimination in the workplace. The ruling resolves what has been a hot-button issue for years, providing much needed clarity about LGBTQ rights to employers and millions of workers in states that have not introduced explicit protections for such workers. And while many employers have already built LGBTQ protections into their workplace policies, it’s a reminder for others about the action they need to now take.

In Australia, discrimination on the basis of sexual orientation and gender identity or expression has been prohibited in all states and territories since 2013. Whilst we may have had a bit of a head start compared to the US, as Craig Claughton reminds us, “It’s not over. This is a marathon, not a sprint.”

Monday’s decision covers three cases in which gay and transgender plaintiffs alleged they were fired based solely on sex. The issue before the court: whether workplace discrimination based on sexual orientation, gender identity, or gender expression is covered under Title VII’s prohibition against bias “because of … sex.”

Although Title VII does not expressly include sexual orientation, gender identity, and gender expression among its protections, the Equal Employment Opportunity Commission has sued several employers over their treatment of gay and transgender employees. Meanwhile, more than 20 states — led by California and New York — have expressly prohibited employment discrimination based on sexual orientation or gender identity. The Department of Justice position, however, was that Title VII protects only biological sex.

According to the eagerly awaited 6-3 ruling, “An employer who fires an individual for being homosexual or transgender fires that person for traits or actions it would not have questioned in members of a different sex. Sex plays a necessary and undisguisable role in the decision, exactly what Title VII forbids.”

Put more simply: “An employer who fires an individual merely for being gay or transgender defies the law.”

For many employers, the decision won’t change much. As more states have passed laws to expressly prohibit discrimination based on sexual orientation and gender identity, employers have increasingly considered gay and transgender employees to be protected under workplace anti-harassment and anti-retaliation policies.

Insurance coverage also is unlikely to be affected. Discrimination claims — regardless of the basis of discrimination — are typically covered under employment practices liability (EPL) policies. Employers, however, should prepare for a potential uptick in EPL claims as the ruling clarifies their expanded liability under Title VII. Underwriters may also ask more questions about employers’ practices during renewals, adding to the scrutiny they have applied since the #MeToo movement’s emergence in 2018.

For employers that have not already addressed LGBTQ employees in their workplace policies, Monday’s decision — like the #MeToo movement and the COVID-19 pandemic — should prompt thorough reviews and updates of those guidelines. Employers should also consider:

Taking these steps can help you modernize your approach to preventing workplace discrimination, improve your standing with insurers, and mitigate potential claims that may arise as a result of Monday’s historic ruling. 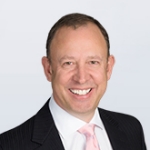 Craig is a Managing Director in the FINPRO practice of Marsh Australia 20 years as an Underwriter, both here in Australia and the United Kingdom and 19 years Broking with Marsh. Most of his working career has been in the area of professional risks (Cyber liability, Directors & Officers liability and Professional Indemnity). He represents some of Australia’s largest public companies and banks in the provision of risk management services and insurance placement. In addition he is responsible for a team of 70 very experienced broking staff that cater for Marsh’s largest and most complex clients. Craig is also part of Marsh’s Diversity & Inclusion council, bringing his global experience and perspective to this important area of business development. 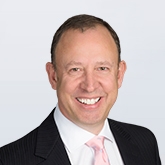