An increasingly challenging insurance market, further complicated by the ongoing pandemic, is leading more organisations to explore using a captive insurer for trade credit coverage. The number of captives writing trade credit increased by 14% between 2018 and 2019, a period that also saw an 86% increase in trade credit premium volume written through captives. While data is not yet available for 2020, indications are that this trend continued.

As more insurers pull back on trade credit capacity, raise prices, and become more reluctant to take on new risks — particularly in sectors heavily impacted by COVID-19 — it is becoming more difficult for organisations to secure customary levels of coverage. When coverage is available, it is often more costly, pushing organisations to explore alternative ways to secure needed trade credit insurance.

For organisations with an established captive that is successfully used for other lines of coverage, adding a trade credit program can be relatively straightforward. A captive is often utilised to front the primary portion of risk, which typically puts captive owners in a more favourable position when negotiating with commercial trade credit insurers.

Insuring trade credit through a captive requires unique expertise. Captive owners are, at times, reluctant to take on what they perceive to be a complicated claims administration process and demanding underwriting requirements. However, as the insurance market becomes more challenging, past reluctance is slowly being replaced by a recognition of the benefits that captives can offer when partnered with the right trade credit insurer and policy structure. Key benefits include:

While the process of insuring trade credit through a captive can seem complicated, an experienced broker can help companies find the right structure and relationships to address the underwriting challenges that a captive can face with trade credit insurance. 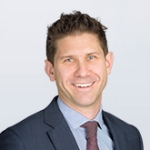 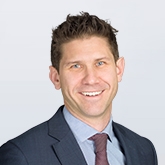