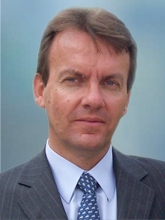 Flavio is President of Marsh’s International Division - comprising Africa, Asia, Continental Europe, Latin America & the Caribbean, Middle East and North Africa, Pacific, and UK & Ireland - as well as Chairman and Chief Executive Officer of Marsh Italy. Prior to his current role he led Marsh’s business in Continental Europe. With 29 years of experience in insurance brokerage and risk advisory, Flavio began his career at Willis Tower Watson in London where he took responsibility for the financial institutions, professional risks and mergers and acquisitions practices globally and subsequently served as CEO of Continental Europe. He holds a Degree in Business Administration from Luigi Bocconi University in Milan in addition to numerous board positions within Marsh and McLennan Companies.