CAPTIVES AT THE CORE: THE FOUNDATION OF A RISK FINANCING STRATEGY

How organizations around the world use their captive insurers

This marks the 10th year that we have published an in-depth captive report. Today, global economic and political uncertainty is on the rise, and disruption from technology innovation is growing exponentially, exposing organizations to unfamiliar and sometimes unquantifiable risks. In parallel with these macro trends, more companies than ever see captive utilization as being at the core of innovative risk management strategies. 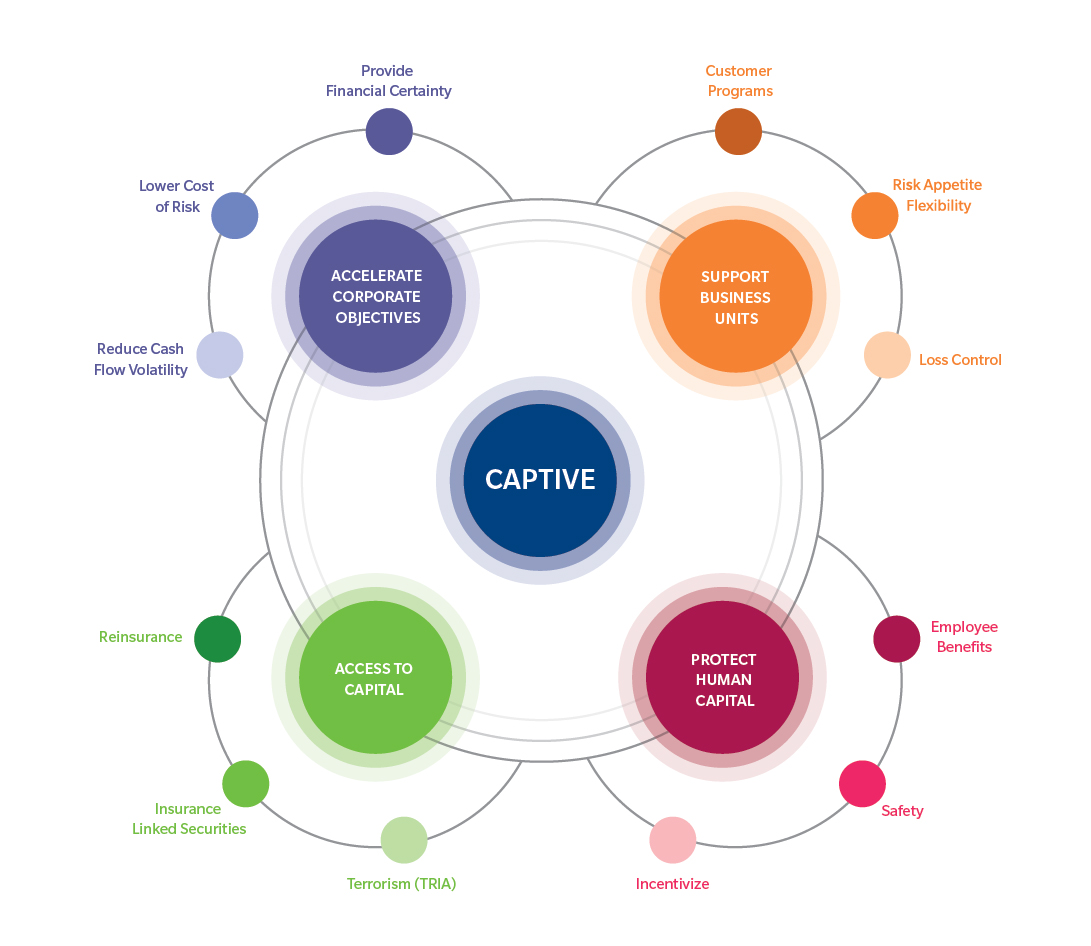 1. Understanding the Steady Growth of Captives

After more than 20 years of persistent growth, it is clear that the attractiveness of captives stems from an array of benefits, not just one. As organizations’ understanding of risk matures, their risk management strategies become more sophisticated, increasing the likelihood of forming or expanding the use of a captive. A captive structure provides the flexibility to adjust risk retention strategies in response to market cycles or changes in exposures as a result of accelerated growth, mergers, or acquisitions. This puts the captive at the core of a risk manager’s toolbox to address traditional property/ casualty risks as well as employee and customer risks.

2. The Spread Into New Geographies and Industries

Regulatory and tax considerations that fueled offshore captive formation decades ago have been either greatly reduced or eliminated, creating a different environment for newcomers. Historically, most captives were formed by parent companies from North America and Europe, but, over the past three years, we have seen increased interest from emerging geographies such as Latin America. While traditional domiciles maintained the largest number of captives and premium volume, 2016 saw continued growth in new and emerging domiciles in both the US and overseas. Captives are well known for their use in certain industries, however, the increasing complexity of risk and the pace of emerging risks have led other industries to adopt or expand their use of captives, as noted in premium size.

Captives come in many shapes and sizes and provide companies with tremendous flexibility in terms of how they structure risk financing. While single-parent structures still dominate, special purpose vehicles are popular among banks and commercial insurers. We have seen a shift in the size of captives as well. Traditionally, extra-large captives — generating more than US$20 million in premiums annually and mostly established by FTSE 100 or Fortune 500 companies — dominated the landscape. Small captives now account for almost 44% of captive insurers, up from 24% in 2012. And while 51% of gross written premium generated by captives remains in offshore vehicles, onshore captives account for 58% of the total worldwide.

Current captive owners should challenge the status quo by evaluating how your business and risk management strategies have changed since the captive was formed. Ask questions, such as “Is the captive aligned with accelerating our corporate objectives? How are my peers using their captives for certain risks?” For organizations considering captive formation, it is important to take a fresh look. Organizations of all sizes and industries are benefiting from captives in new ways, including, supporting business units by creating a profit center and reducing cash flow volatility from underinsured or uninsured risks. 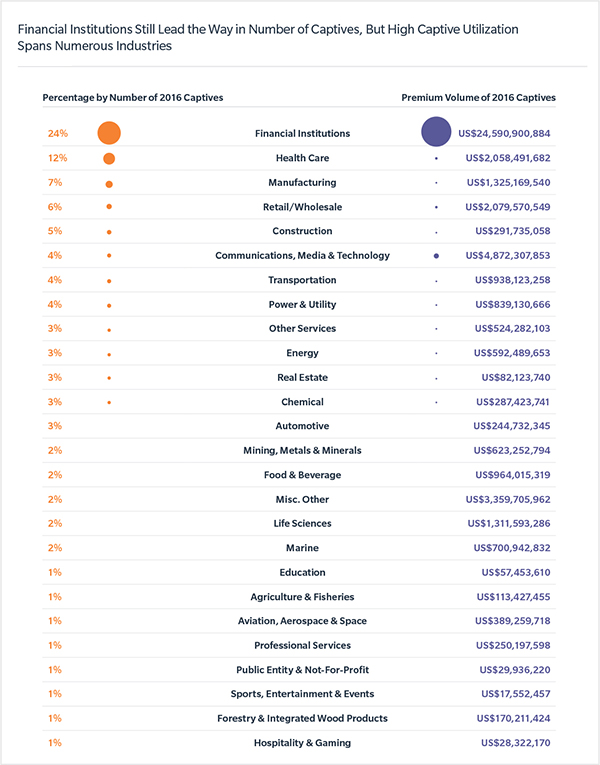 Captives at the Core: The Foundation of a Risk Financing Strategy More Multinationals Using Captive Insurers for Cyber and Benefits Risks