While the deadline may still be in question, Brexit has been etched in United Kingdom (UK) consciousness as a moment in time that will fundamentally change the UK as we know it.

"Brexit day" is when the UK will leave the European Union (EU) and embark on a journey that will impact the make-up of its citizens, how it trades with the EU, and what rules and laws it needs to adhere to in relation to the EU.

The arrangements we have in place ahead of Brexit day — whether a "Withdrawal Agreement" or no deal at all — will determine how much time we have to prepare for these changes.

At time of publication, UK and the European Union (EU) have agreed on an extension to Article 50, until 31 October 2019.

With all of the uncertainty surrounding Brexit, it is imperative that businesses keep their eyes on the potential impact that Brexit will have on risk and insurance issues.

There are some key areas companies should be considering, including:

The uncertainty that organisations face from various Brexit scenarios extends into their workforce strategy, particularly around talent availability, especially in sectors that rely heavily on migrant workers.

Brexit Challenges for Construction Companies Include Talent, Material, and Funding

With the precise terms of the UK’s departure from the EU still unclear, businesses have been left in a swirl of uncertainty. How will it impact the construction sector?

How will Brexit change Risk Profiles across the Retail, Food and Beverage Industry?

With uncertainty around Brexit, many retail, food and beverage industry businesses are changing stock holdings and logistics.

We outline the steps you will need to take to be able drive in Europe in the event that the UK leaves the EU on a 'No Deal' basis.

3 Areas of Focus for Risk Managers 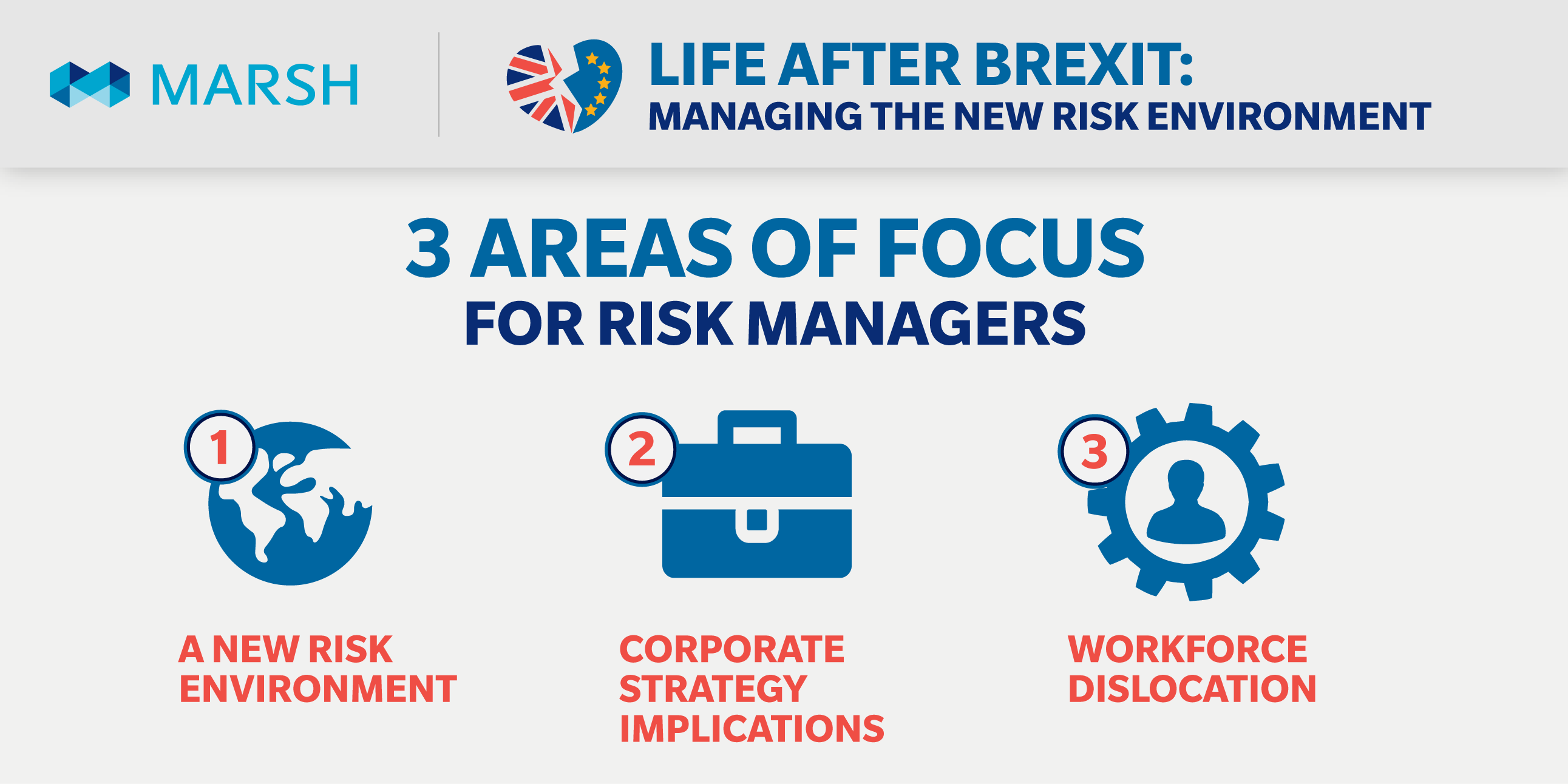 With the UK vote to exit the European Union (EU), risk managers need to be aware of three critical areas post-Brexit. Learn more about them in our full infographic.

Life After Brexit: Insurance Implications Following the UK Vote to Leave the EU

Preparing For Brexit: Insurance Policy Transfers (“Part 7 Transfers”) Brexit – Implications For Insurance Buyers Frequently Asked Questions Brexit Client Guidance Brexit and the Food and Beverage Industry How Does BREXIT Migration Affect UK Industries Up in the Air: The Impact of Brexit on UK Aviation and Aerospace Preparing Your Captive for Brexit