The port of Tianjin, China, was hit by an explosion on 12 August 2015, resulting in one of the largest man-made losses to impact a port.  Insured losses from the event are estimated to be approximately US$874 million.

Losses stemmed from infrastructure within the port, including cargo (for example, a high number of automobile losses), and from damage to nearby infrastructure and property. In addition, companies around the world were faced with a crippling business interruption bill.

Low-probability, high-impact incidents such as these are known as “black swan” events. But how can the operators of ports and terminals work to expect the unexpected? For a start, operators can learn lessons from past black swans to become more resilient in the future and consider the causes of these events.

What types of black swan events can impact ports and terminals?

Black swan events present a unique challenge for ports and terminals, both in terms of the difficulty in predicting and mitigating them and the potentially devastating consequences they can bring about.

Therefore, the impact that each of the following events could have on a port or terminal should be considered in risk management and business continuity plans:

Man-made disaster:  The disaster at the port of Tianjin is thought to have been as a result of dangerous chemicals being stored on site.  The consequence of dangerous, possibly incorrectly declared cargo or human error should be taken into consideration in risk management.

Natural disaster:  From hurricanes to earthquakes, many ports and terminals are exposed to some degree of natural disaster risk.  However, a severe catastrophe, such as a tsunami following an earthquake or a particularly strong cyclone making a direct hit on the port, could result in large-scale damage and/or business interruption.

Terrorism: Port assets and infrastructure may also be exposed to politically motivated violence from strikes, riots, civil commotion, terrorism, or sabotage. The threat from those events may be well understood, but the causes behind these risks are constantly changing and should be the subject of constant review and assessment.

Cyber-attack: How much of your port or terminal’s operations are dependent on interconnected/cyber-exposed technologies? These are increasingly at risk of physical damage due to a cyber-attack, and measures should be taken to ensure the security of systems and controls. Business continuity plans should also be drawn up in order to minimise the disruption an attack could have on operations.

Operators should regularly be conducting thorough appraisals of these key risk scenarios, combining horizon scanning, resilience, insurance, and financial stress testing. Such detailed analysis will enable the creation of more robust controls, including financial and non-financial, to ensure the sustainable returns of a port or terminal following a catastrophic event. 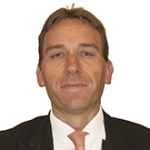 Why Offering Cargo Insurance Is a Must 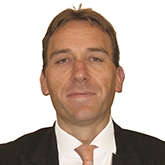 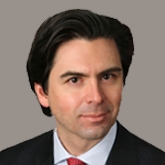 The Black Swan: The Unexpected in Ports and Terminals