With terrorists launching attacks from Paris to London to San Bernardino and beyond, global companies face mounting concerns in managing the risks, and many are turning to captive insurers to write coverage. While the number of captives accessing terrorism risk coverage increased again in 2016 — growing by 6% over 2015[1] — many that could offer a terrorism insurance program still do not.

US-domiciled captives are obligated to offer terrorism insurance under the Terrorism Risk Insurance Program Reauthorization Act of 2015 — the federal terrorism insurance backstop. This means that organizations must carefully examine their captive structures and TRIPRA’s requirements to ensure compliance.

From 2012 to 2016, the number of Marsh-managed captives actively accessing TRIPRA increased 67%. And we expect the number of captives opting for TRIPRA and writing standalone terrorism coverages to continue to increase as the dynamics of terrorism risk evolves. For example, the US Treasury Department announced in December 2016 that cyber terrorism is included under TRIPRA, providing another advantage to captive owners.

Captive insurers can typically offer broader coverage than is generally available through policies issued by traditional carriers. Through a captive, organizations can avoid some of the common restrictions or exclusions in commercial property insurance policies, including nuclear, biological, chemical, and radiological (NBCR) attacks; and contingent time-element losses.

By using captives to access TRIPRA coverage, organizations can often:

Among Marsh-managed captives in 2016, those with US parent companies were more than twice as likely to access terrorism insurance through their captive than were those with non-US parents. And by industry, increases in captives writing terrorism coverage from 2015 to 2016 include:

Captives can help manage industry-specific issues. For example, all health care organizations, especially those with hospitals, should consider how their general liability and cyber risk could be affected as a result of a terrorist act involving the excluded NBCR perils.

Regardless of industry or risk issue, captives are increasingly being seen at the core of an organization’s risk management strategy.

[1] Figures in this article relate to Marsh-managed captives 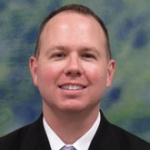 Mike is a Managing Director in the Captive Advisory Group and resides in Marsh’s Norwalk, Connecticut office. Mike assists clients in the U.S. and globally with the feasibility and organization of single parent captives, as well as risk retention groups and Rent-A-Captives. 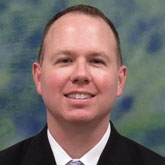