From 2020 to 2025, global renewable energy capacity is projected to grow by 50%, likely led by solar photovoltaic and onshore wind. It would be a mistake, however, for developers and insurers to overlook the prospects for offshore wind.

Offshore wind power has seen strong growth in recent years and presents significant untapped potential. Around the world, the sector has seen average annual growth of 30% from 2000 to 2018. Total capacity is projected to increase threefold by 2025.

Notably, momentum in offshore wind has shifted from Europe to Asia. Of the 17 GW of offshore turbines ordered globally last year, China alone accounted for 76% of those orders; as a region, Asia accounted for 88%. In recent years, Asian countries have considered ramping up investment in offshore wind power due to its high economic efficiency and support for the low-carbon transition.

Indeed, China, India, Japan, South Korea, Taiwan and Vietnam are all actively developing offshore wind energy in the region. A deeper look at three of these markets reveals different development trajectories and remaining challenges, which insurers should consider in offering relevant coverage.

The numbers speak for themselves: China is at the forefront of offshore wind development. After first exploring onshore wind energy, the government has now redirected its efforts toward the relatively less-explored but high-potential offshore wind-energy segment. (See figures below.) 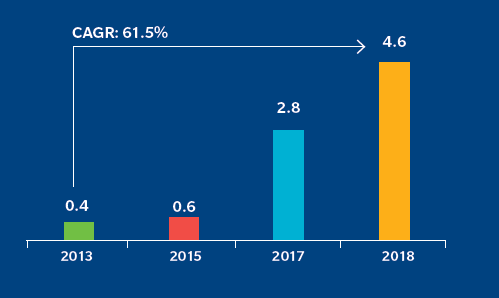 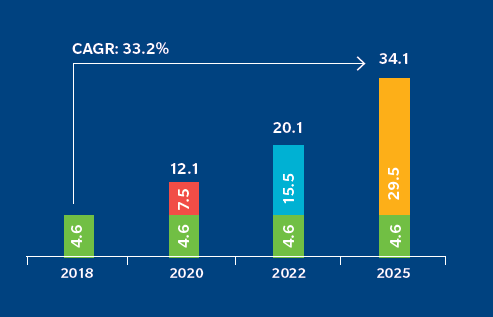 China benefits from favorable climatic conditions for wind energy projects. Coastal areas in the eastern provinces have been especially attractive for investments as they are located both in the monsoon zone and near big cities.

On top of these factors, policy incentives such as income tax exemption, favorable loans and construction subsidies have helped attract investment to the industry. The government has additionally taken definitive action to overcome wastage and grid connectivity issues, which have historically hindered industry development. This has become increasingly important as offshore wind projects are being developed further out from land and at larger scales.

One challenge is that as China moves toward grid parity, the government has reduced tariffs for offshore wind energy, impacting the revenue-generating potential of developers. Chinese companies are now focusing on innovating to reduce overall project costs and meet the government’s aim of grid parity. Like other North Asian countries, China is also at risk of natural catastrophes, particularly typhoons, from May to November. There is thus a short window for the construction of offshore wind projects, especially in the southern and eastern coastal regions.

Although China has thus far dominated the region’s wind-power sector, Southeast Asia is predicted to play an increasingly important role in the growth of offshore wind installations.

Vietnam, for example, has significant untapped potential that foreign companies are considering for exploration. The Danish Energy Agency in cooperation with the Renewable Energy Authority of Vietnam found that Vietnam’s 3,000-kilometer coastline could generate up to 160GW of power if fully harnessed — more than seven times Europe’s total offshore wind capacity. Furthermore, Vietnam hosts some manufacturers of wind farm equipment, enabling the supply chain to be smoothly tailored to local requirements. This places Vietnam well in the running as a future global leader in offshore wind energy generation.

That being said, in the past, Vietnam has witnessed harsh typhoons, which can impede the construction and operation of offshore wind projects. Grid connectivity could also be a major obstacle to project development if the rapid installation of solar photovoltaic (PV) were to “cannibalize” the remaining grid capacity for wind projects.

On the policy side, Vietnam’s feed-in tariffs are lower than those offered by Taiwan and China, which can hinder projects’ financial feasibility. However, the regulatory processes for offshore wind projects are complex and cumbersome, involving at least 29 different individual permits, agreements or licenses. The involvement of government bodies at the state and regional level means that the approval processes can take years.

South Korea illustrates a further range of positive developments and challenges for offshore wind energy in Asia. On the whole, the government’s Green New Deal promises strong financial support for decarbonization, with an estimated 73 trillion won investment ($61.4 billion) through 2025.

In offshore wind specifically, the government plans to have 12 GW of capacity by 2030, representing about 68% of its total wind energy target. As the government considers offshore wind to have relatively high economic efficiency, their regulations push local power companies toward this form of generation. For example, in 2012 the government replaced the feed-in tariff model with the Renewable Portfolio Standard (RPS) policy. This RPS scheme has become a key driver for uptake in renewable energy, as it requires power producers with more than 500 MW of capacity to increase their share of renewables to 10% by 2023. Additionally, the government is pushing for renewable energy through loans where repayments can be deferred for five years.

Particular locations in South Korea are already supportive of offshore wind investment. The Ulsan area, for example, has attracted many developers due to its shipyard arrangement, local maritime expertise and port facilities.

However, the industry must still overcome supply chain challenges. South Korea is home to numerous shipbuilding and offshore plant companies that are now investing in producing wind energy equipment to diversify their portfolios. Many of these companies have expertise in onshore wind but lack experience in large-scale offshore wind projects, which are more often found in Europe. Korean manufacturers need to work toward reducing costs, which are currently around 10% to 15% higher than those in Europe, where increasing turbine size helped enable a reduction in the costs of production.

Other challenges include the limited local supply of vessels required for installation of offshore wind energy. The soft muddy seabed off of Korea’s shores makes the use of installation (jack-up) vessels difficult and can hinder the construction of foundations and other equipment. As in other Asian countries, natural catastrophes and opposition from local fishing communities also remain a threat to construction and operations.

A Need and an Opportunity for Insurance

Every country in Asia is at a different stage in their offshore wind development, facing unique challenges to realizing the sector’s potential. What is clear, however, is that the region has considerable room for growth in offshore wind and could significantly boost the global push for renewable energy.

Insurers can play an important role in helping offshore wind realize its potential in Asia. Indeed, across China, India, Japan, South Korea, Taiwan, and Vietnam — six markets with significant potential for offshore wind — the industry’s cumulative estimated construction premium between 2020 to 2025 is approximately $2 billion. Meanwhile, the total estimated market capacity is $1 billion to $1.5 billion, with and without natural catastrophe, respectively.

Given the broad challenges for offshore wind in Asia, there is a need and hence an opportunity for insurers to offer coverage in three main areas:

Like developers, insurers have a part to play in Asia’s low-carbon transition — and would do well to consider the challenges specific to each market’s offshore wind development. 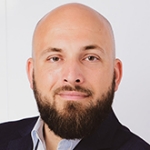 Resilience in Real Estate – Enhance your Building’s Value and Valuation

Of C-Suite Importance: The CISO 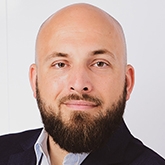