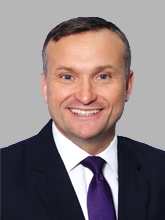 Douglas Ure was appointed the Chief Executive Officer of Marsh Indonesia in April 2019. Douglas has over 20 years of experience in the insurance industry and risk management. He began his career in the manufacturing sector where he was responsible for corporate risk management and insurance before moving into the consulting industry.

Douglas joined Marsh in 2007. During this time, he was involved in various roles covering consulting, analytics and claims across UK, Europe, and Asia. In 2014, he then moved to Marsh in Asia to be based in Singapore to lead Marsh’s Client Advisory Services across Asia. He held this position until his transfer to Marsh Indonesia as CEO in 2019.