Directors and Officers Liability Side A Claims: Preparing for the Unknown

Over the last decade, Marsh JLT Specialty has seen a significant increase in directors and officers (D&O) claims globally, primarily driven by increased regulatory activity. Over the same period, there has been a corresponding increase in Side A claims, perhaps due to a surge of company insolvencies and a marked change in companies’ appetites to pursue their own directors.

What is Side A Cover?

Generally, a company may not indemnify its directors and/or officers due to:

In such circumstances, the claim needs to be handled with the appropriate conflict management procedures to ensure that no prejudice is caused to any insured party.

Making a Side A Claim

When a Side A claim is made, there is a risk of an actual or potential conflict arising between the director or officer and the company. This may occur when the company brings the claim against the director or officer; or where the claim is between individual directors or officers – for example, where multiple insured persons are seeking cover under the same policy in relation to the same investigation, third-party claim, or other proceedings.

Side A claims can present additional challenges for the individual director or officer and the company to which the policy is issued The individual director or officer may not have access to a copy of the company's D&O policy or knowledge of the scope of coverage provided. Similarly, they may not know whether, or to what extent, the policy limit may have been eroded by other claims.

On the other hand, where a Side A claim has been made confidentially by a director or officer, the policyholder company will not be aware of the claim(s) being made under the policy, and so may not:

In summary, while Side A coverage is considered invaluable by many directors and officers, Side A claims can cause challenges. Insured parties, and their broker(s), must be aware of any potential or actual conflicts of interest and take steps to manage that risk. The conflict position should also be reviewed regularly throughout the course of the claim so that no parties are negatively impacted in the claims process. 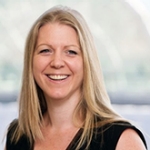 International Insurance Coverage: Might Construction Companies Be Spending Too Much? 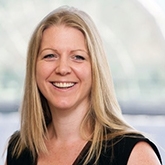