The Basel Committee on Banking Supervision (BCBS) proposal to change the method of assessing and quantifying operational risk in banks is raising concerns for the banking industry.

Under current rules (Basel II/III), banks may use one of three methods to ascertain the amount of capital required to underpin operational risk. The BCBS recently published a consultation on the amalgamation of these three methods into one, known as the Standardised Measurement Approach (SMA).

Under the proposal, the Pillar 1 capital charge for operational risk will be based on a Business Indicator (BI), which will serve as a proxy of operational risk exposure. All but the smallest banks will have to adjust the BI in light of their historical loss experience.

The BI will be the sum of net interest income, net fee and other operating income, and net profit on the trading and banking books.

If carried forward, the proposed new rules will likely:

Early concerns about this approach are already surfacing:

1. The requirement to track operational loss experience – which then flows into the capital calculation via the multiplication factor – may create a perverse incentive to re-classify marginal loss events as credit or market losses rather than as operational losses, which might negatively impact the capital charge.

2. Even if the bank is able to recover a loss from insurance, the bank is still required to report the loss as though there were no insurance in place (such as gross of insurance recoveries). This would likely lead to loss events being artificially inflated for purposes of the capital calculation and therefore penalise banks which have made appropriate risk provisions.

3. To date, banks have derived a forward-looking measure of their operational risk from the modelling of scenarios. Scenario modelling is absent from this latest set of proposals, meaning that any assessment of emerging risk would be absent from the capital calculation.

4. The charge as proposed does not incentivise banks to measure or manage their operational risk. As such, some national regulators may be reluctant to implement the change. If some regulators balk, we could see a two-speed capital regime that could unfairly disadvantage internationally active banks located in early-moving jurisdictions.

The Basel Committee’s proposal does not yet have the force of law, but you should still take steps to prepare for a final rule change. Marsh has responded to the BCBS and we will continue to follow developments closely. 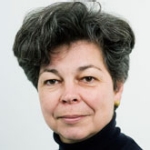 How Energy Companies Can Manage the Growing Threat of Cyber-Attack 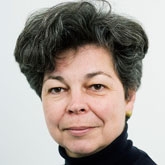