How Recent Protests Might Affect Business Operations in Latin America

While Latin America has always seen intermittent protest activity in response to corruption and economic policy, the most recent activity is distinctive due to the levels of violence seen.

For example, in Chile, historically one of Latin America’s most stable economies, at least 16 people have been killed in unrest. Commercial losses related to protests amounted to US$1.4 billion, estimates the Santiago Chamber of Commerce, with looting and property damage widespread across transport networks and retail outlets.

The violent nature of recent unrest is likely to be replicated across the region, posing a significant risk of property damage and business interruption for commercial operations.

Protesters in many countries have shown notable levels of organisation. In Chile, for instance, intelligence suggests that civil unrest targeting commercial assets was highly organised and premeditated. Businesses in the region should undertake a careful review of risk mitigation measures, including their political risk coverage.

The triggers for unrest in Latin America have been specific to each country’s political environment. In Bolivia, for example, alleged electoral fraud in the presidential election spurred unrest, while in Chile increased metro fares prompted student protests. However, there are some unifying themes to protesters’ grievances across the region.

Latin America is experiencing prolonged economic malaise. The International Monetary Fund estimates 2019 growth in Latin America and the Caribbean at just 0.2%, leading to eroding standards of living and growing levels of poverty. (In contrast, the commodity boom of the early 2000s drove growth rates in Latin America, and contributed to rising standards of living, with an estimated 100 million people moving into the middle class.)

Alongside slowing growth, regional government debt has risen to 78% of GDP in 2019, up from 51% a decade ago. This has pushed governments towards difficult economic adjustments and attempts to rein in spending through austerity measures.

In this context of economic hardship, protesters’ grievances have quickly spread to corruption and inequality.

Protests are likely to continue in the coming months. The underlying causes of unrest — unemployment, corruption, austerity measures, and declining standards of living — remain, and are unlikely to be addressed in the near term. And because protests have extracted policy changes and concessions in some countries, including Ecuador, copycat protests are likely across the region in response to austerity measures, such as tariff, pension, and labor reforms.

Latin American leaders face a precarious balancing act between economic adjustments and social stability. With low approval ratings and fragile legislative support, many must enact unpopular economic reforms in the knowledge they may generate unrest. In Colombia, for example, electricity tariffs are due to rise by between 5% and 13% from November 2019, which may trigger protests.

Continued unrest in Latin America over the coming quarters may lead to a broader uptick in political risk. Protests mark a rejection of the reformist economic agendas of Latin America’s pro-business leaders. Many of these centre-right leaders — including Argentina’s Mauricio Macri and Chile’s Sebastián Piñera — were elected during the 2010s, following the decline of Latin America’s “pink tide” wave of leftist governments. The risk of contract cancellations, expropriation, and capital controls is likely to increase as a result, as politicians scrutinise foreign investment.

A return to populist government now appears likely. Opposition candidate Alberto Fernández secured Argentina's presidency in the October 27 election. With former president Cristina Fernández de Kirchner as vice president, the risk of interventionist policies has increased. Temporary capital controls are likely to be maintained, while export taxes may be increased.

Firms operating in Latin America can manage their exposure to growing political risk on the continent. Under the heading of political risk insurance (PRI), the private market offers a menu-style set of political risk coverages that policyholders can buy individually or together as an all-encompassing blanket coverage to create a bespoke insurance program. Shifting investor perception of risk in the region is likely to result in more infrastructure projects being insured, particularly as the continent’s project pipeline remains robust.

Underwriters offer tailored policy wording to cover default on scheduled payments, or loss of equity investment, caused by perils including:

Given recent unrest in Latin America, political risk underwriters are likely to focus more on the location of assets for which insurance is required, in order to take account of potential disruption. Similar consideration is likely to be paid to the strength of relations between local operating companies and their staff. However, exposures on the continent are generally low (historical demand has not been elevated given many companies’ comfort operating in the region), so recent incidents are unlikely to prevent new business from being written. Similarly, underwriters should continue to accept government counterparty risks as long as sovereign credit ratings remain unaffected by unrest.

In the political violence and terrorism market, however, some property all-risk insurers are beginning to exclude strikes, riots, and civil commotion coverage from policies in Chile as they approach renewal. As a result, insureds may benefit from approaching the terrorism market to see if there is appetite to accept risks excluded by property-all-risk insurers. Underwriters in the terrorism market are reviewing risks in Chile on a case-by-case basis, and appetite for retail and other assets in central urban areas is likely to be very low. However, industrial assets outside of city centers may still obtain coverage, although pricing is increasing. 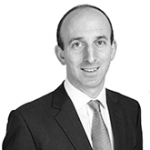 Tomorrow's Manufacturers – Are You in Need of a Change in Course? 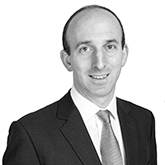 November 2019:
Anti-government protests attracted as many as 250,000 during a national strike against corruption and austerity measures. At least three people have been killed in violent clashes.