In the last decade, multinational organizations have undertaken unprecedented international expansion, leaving them exposed to an expanding array of global credit and political risks. And those risks – including terrorism and political violence, armed conflicts, increasingly powerful anti-establishment political movements, the threat of global recession, and persistently low commodity prices – continue to grow.

Multinational risk professionals must now be prepared for virtually any type of political or economic risk threat in developed and emerging markets. 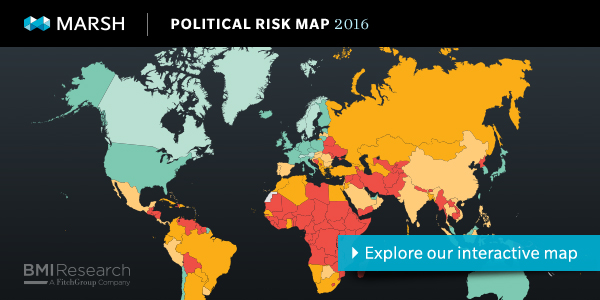 According to the report, the major political risks that organizations and investors will face in the coming year include:

To learn more, download our report and explore our Interactive Political Risk Map 2016.

Political Risk Map 2016: Geopolitical Threats for the Year Ahead