Looking to Cut Liability Insurance Costs and Exposures? SAFETY Act Might be the Key

Many US companies may be paying more for liability insurance than they should be. Why? Because they’re not taking advantage of provisions of the US SAFETY Act (Support Anti-terrorism by Fostering Effective Technologies Act).

For example, if a company’s technology were to fail to prevent or detect an act of terrorism — including against a third party to which it provided products, advice, or services — it could have been subject to litigation and resulting punitive damages that could, among other things, erode its general liability and umbrella and excess casualty insurance coverage.

Under the SAFETY Act, if a user, manufacturer, or seller of anti-terrorism technology that’s been qualified by the Department of Homeland Security (DHS) is sued for failure of the technology, the company may be protected under the law by:

Expansion of the Act

Originally, the SAFETY Act was intended to protect companies in the security industry — for example, manufacturers of bomb-screening equipment and providers of armed security. But the law has evolved, creating opportunities for companies in many other industries to have their security plans and strategies certified by DHS. Companies that can now benefit from the SAFETY Act include:

In addition to the potential for reduced exposure to litigation that could reach the millions of dollars, a company that has received a DHS designation or certification under the law will generally be viewed as a better risk for insurers. That often translates into lower rates and other favorable terms and conditions.

The DHS has approved approximately 760 applications for SAFETY Act protections. If your organization uses or manufactures anti-terrorism products or has a robust security system in place to protect its operations, you should consider whether the SAFETY Act can bring you liability and indemnification protections.

Remember: That DHS seal of approval may be valuable in discussions with underwriters to yield better results at your next casualty insurance renewal. 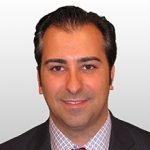 From M&A to Regulation, Cyber Risk Is Changing the CFO’s Role 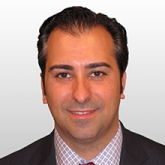 View all Risk in Context Articles