The grounding of the mega-ship Ever Given in the Suez Canal presents a challenge that may not be resolved quickly, snarling global marine traffic at a time when supply chains are still recovering from disruptions related to the COVID-19 pandemic.

The Ever Given, a Panama registered container ship built in 2018, is one of a new class of extremely large container ships. Its grounding on March 23, 2021, has inspired worldwide media interest and highlighted the fragility of global supply chains. In 2019, container ships (of all sizes) carried approximately US$4 trillion of goods. The largest of these ships now range to 400 meters (1,312 feet) long and 59 meters (193 feet) wide, and are capable of carrying up to 24,000 20-foot equivalent unit (TEU) boxes on each voyage. The concentration of risk is clear.

According to a variety of media reports, the Ever Given was blown by strong winds and became stuck on the banks of and blocked the Suez Canal near its southern end. Approximately 12% of global trade uses the canal in a series of daily northbound and southbound convoys, carrying close to US$ 10 billion in goods per day, according to various public sources. The Suez Canal Authority temporarily suspended navigation in the canal on March 25.

At the time of writing, initial attempts to free the vessel and unblock the canal to other traffic have failed to dislodge the ship and there are reports that it may take some time.

It is too early to tell the extent of insurance claims that will arise from the either the ship’s grounding or the canal’s blockage. It is obvious that delays to goods reaching their intended destinations, including through using alternative routes, will impose additional costs, which should be taken into account in risk finance planning.

“We are fielding numerous questions from concerned clients about a wide range of insurance issues arising from the Suez Canal blockage,” commented Capt. Abhijit Naik, head of Marsh JLT Specialty’s marine practice in the Middle East and North Africa. “There is a great deal of uncertainty at this time, while ship and cargo owners consider their contingency plans and alternative routes.”

Some insurance products can, under some circumstances, help to mitigate the risks. Marine delay cover is offered by a number of insurers. It is often possible, at the time of initial risk placement, to have such cover to include a wider set of events should exposure to the consequences of a physical blockage along the route adversely affect their business.

Further, some companies could face potential liabilities if they are unable to perform their contractual delivery responsibilities in a timely fashion. Events such as the Ever Given grounding highlight that such failure to perform may be both unexpected and outside a company’s control.

For the ship and its cargo, there are a range of considerations, including, but not limited to:

It is possible that the largest claims will arise from ships that are stuck in the canal or otherwise unable to proceed because of the blockage. Pure economic loss claims are legally complex and the question of the appropriate forum will be key. Can the ship limit its liability under any applicable laws? All these questions will be key in assessing the ultimate extent of the ship’s liability.

It is still early, at the time of this writing, to assess the economic fallout should the 193 kilometer canal remain closed for an extended period. But every day that the Suez Canal is blocked to traffic, there will be an increase in the number of ships travelling between Europe and Asia that will either have to anchor and wait for the channel to be unblocked or opt to re-route. Traveling around South Africa would add up to 10 days to the journey, adding significant additional fuel costs and would increase exposure to known piracy and politically unstable areas at the southern end of the Red Sea and off the West African coast and Gulf of Guinea.

Channels such as the Suez and Panama Canals, the Straits of Hormuz, and the Straits of Malacca, are known chokepoints for the global economy. When any of them becomes blocked — whether through accidents or deliberate political events — there is a serious effect on the entire shipping industry and beyond.

The Suez Canal has been blocked before: In the aftermath of the 1967 Six-Day War in the Middle East, Egyptian authorities deliberately blocked the canal in June that year. It remained closed for eight years, by the end of which European countries had nearly begun to ration petrol for cars.

The International Salvage Union (ISU) has for some years warned that the salvage industry is ill-equipped to handle accidents that occur at sea involving vessels as large as the Ever Given. Offloading and lightening such large ships to make them easier to salvage — in this case simply to move it — present considerable challenges.

In 2016, a similar event occurred on the River Elbe in Germany in the approaches to the port of Hamburg when the CSCL New Orleans, another large container ship, became stuck. It was eventually freed by employing dredgers to remove soil surrounding it.

Managing such risks and mitigation of them with insurance, needs careful consideration and we strongly advise our clients to consider these risks and talk to their usual Marsh contacts to discuss this matter further.

We will continue to monitor developments and keep clients advised of possible implications. If you have questions about the grounding of the Ever Given or other marine risks, contact your Marsh advisor. 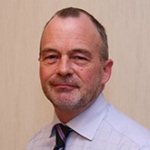 Managing Workforce Health and Well-being must be a Top Priority 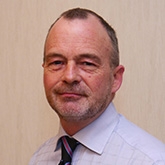