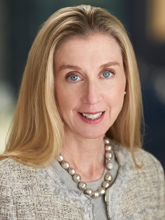 Pat is the chief administrative officer (CAO) of Marsh LLC. In this role, Pat manages the global effort to coordinate major strategic and operational programs that span across Marsh’s regions and functions. Pat also serves on Marsh’s executive committee. Pat joined Marsh in 1980. In her 37-year career, Pat has served in multiple leadership roles for Marsh LLC. From 1990 until 2006, Pat was the Finance officer and head of Management Services. In November 2013, Pat was the chief risk and compliance officer. In 2016, Pat resumed her role as chief operating officer (COO) for US and Canada, a position Pat previously held in 2008 until 2012.