Following the February 2021 protection and indemnity (P&I) renewal, announcements by the International Group (IG) and P&I clubs were not as uniformly positive as in previous years. In the past, it was common to see all the P&I clubs claim an increase in business when reporting their renewal outcome, even though the renewal for the market as a whole is by definition a zero-sum game. Organic year-on-year growth on the back of a surging world fleet would explain many cases, but the overall tone of nearly half of the commentary published by the clubs this year was less upbeat than in previous years, raising the possibility that the market is now, or will soon be, bifurcated.

While some clubs reported growth in membership at renewal, a significant number reported no growth or a reduction in entered tonnage (see Figure 1). 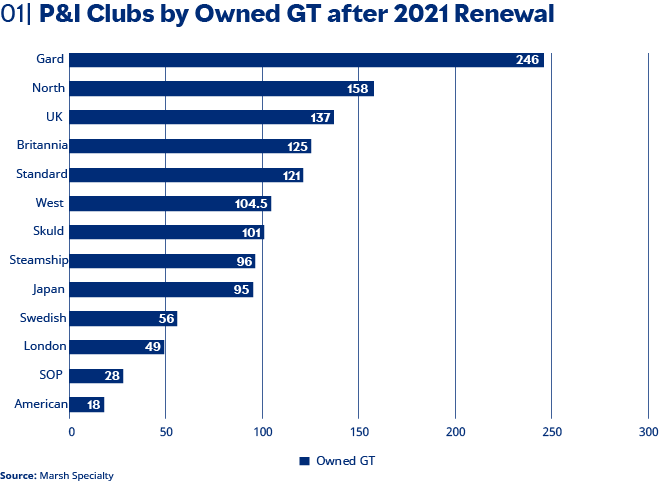 Some highlights for those reporting growth include:

Gard’s considerable financial and physical resources have a strong appeal as Gard continues to consolidate its position as the market powerhouse. Britannia has one the strongest balance sheets of all the clubs in relative terms. Recent history notwithstanding, Skuld has the best long-term published underwriting result – 16 years of combined ratios below 100% prior to 2019-2020 – and, like Gard, can point to the benefits of a diversified business model. Skuld was the first club to abandon the general increase as a concept. Steamship, like Britannia, remains mainly P&I focused, but also has a positive underwriting performance plus strong free reserves. It also shares with Britannia a policy of distributing “surplus” capital.

Some Clubs Reported Reductions in Tonnage

Among the larger clubs reporting reductions in owned entered tonnage at 20 February were Japan, North, Standard, UK Club, and West. The first four of those made it clear in the lead-up to renewal that they intended to prioritise premium increases above new business gains, and that they were prepared to lose business where satisfactory terms could not be agreed. West, like North, said some of their reduction in tonnage was due to de-risking.

In a “normal” year, very little P&I club business changes hands. The terms on which a ship owner can move between P&I clubs are restricted, often suppressing any appetite to make a move. In addition, when P&I business does change hands, short-term price issues are not typically the main reason as it is usually the easiest part of a relationship to fix.

The 2021 renewal, however, saw more movement between the clubs than expected. Have some ship owners identified a trend towards a bifurcated P&I market and responded to that?

There is clear evidence the P&I clubs are cautious when they reserve claims. As a result, more often than not, policy year results improve as they develop to maturity, allowing the clubs to release excess reserves into their surplus funds. This practice potentially has an initial negative impact on the combined ratios the clubs report, and brings with it the attendant problem of club members getting fair premiums.

The extent to which this practice obscures the scale of the true underwriting challenge varies, but logic suggests the clubs with the biggest reported gaps between income and expenditure on the underwriting account really do need to increase premiums to achieve underwriting balance. Could it be that some ship owners have reached the conclusion that there is one group of clubs content to approach each risk on its merit; whereas the others have an ongoing requirement to increase rates all around?

That could possibly explain the larger than normal tonnage moves this year – a drift, perhaps, in the direction of long-term stability and predictability of cost. It is notable that, of the clubs recording growth at the 2021 renewal, only one had a general increase – and that was at the lowest point on the scale. It remains to be seen whether this becomes a feature of the P&I market over the coming years.

COVID-19 and Cyber Exclusions and “Write-Backs”

Much of the excess of loss reinsurance programme that supports the IG pool was on a 24-months term starting 20 February 2020. Given that timing, the clubs did not need to take account of the COVID-19 and malicious cyber exclusions that have since become widespread in the direct and facultative (re)insurance markets where the IG collectively, and the clubs individually, spend most of their reinsurance dollars.

For the reinsurance that supports the various products the clubs offer outside their pool, COVID-19 and cyber exclusions have now become almost universal. Perhaps because they expect it will be a temporary challenge, most clubs offer a limited reinstatement of cover under these products for COVID-19; though not in the majority of cases for cyber. Clubs take different approaches in this area (see Figure 2). 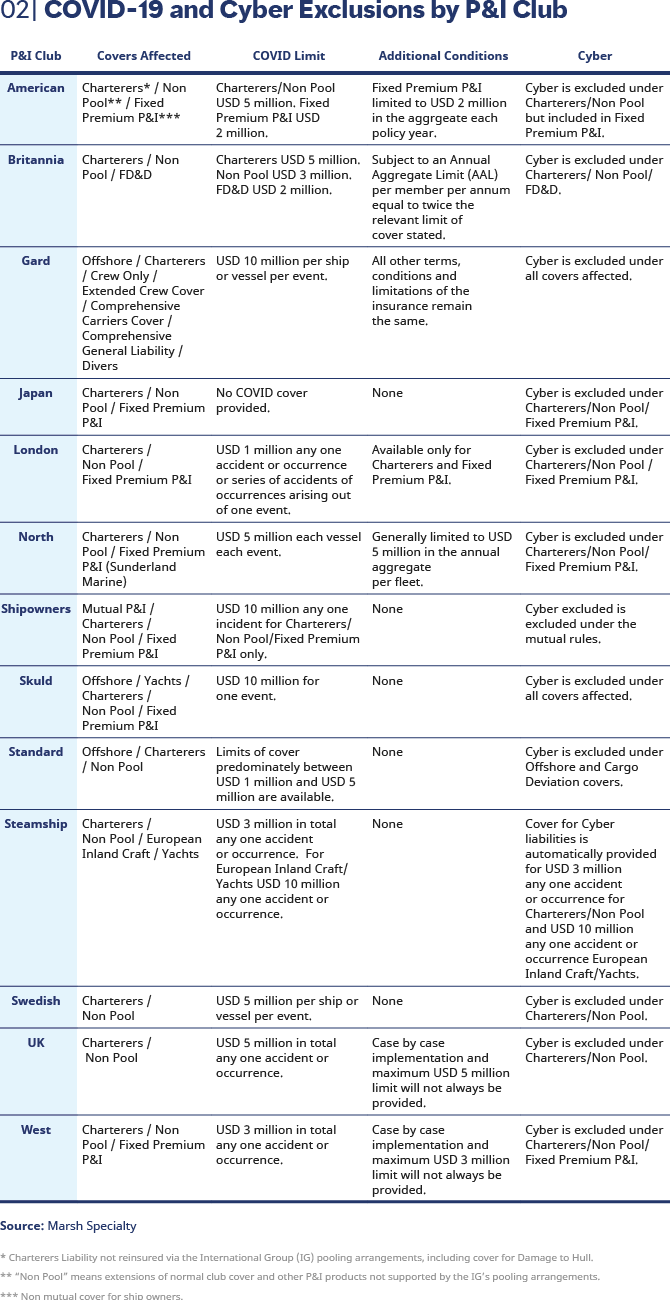 To discuss further details of a club’s policy, or other P&I club issues, please contact your Marsh advisor. 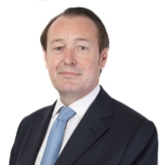