Global commercial insurance pricing increased 20% in the third quarter of 2020, according to Marsh's quarterly Global Insurance Market Index, a proprietary measure of global commercial insurance premium pricing change at renewal, representing the world's major insurance markets and comprising nearly 90% of Marsh's premium. The increase, the largest since the index was launched in 2012, follows year-over-year average increases of 19% in the second quarter and 14% in the first quarter.

The average composite price increase of 20% was driven principally by property insurance rates and financial and professional lines. Among other findings, the survey noted: 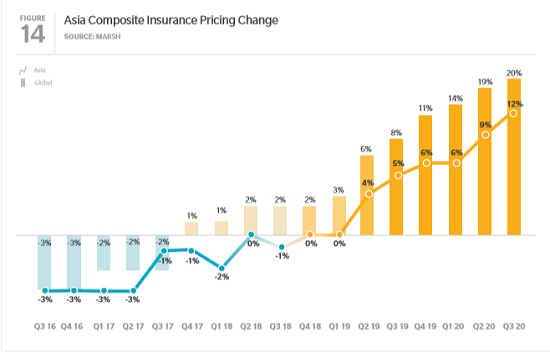 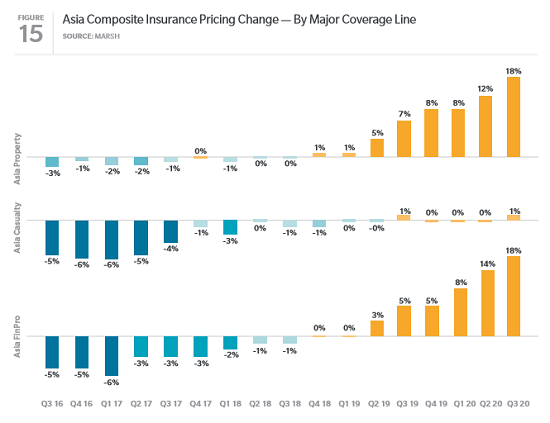