In a world with political tensions at an all-time high, where the activities of terrorists and organised criminals continue unabated, ocean-going security is a pressing concern. Despite the improvements made to the automatic identification system (AIS), Masters can subvert these security measures, by switching them off entirely.

According to a study commissioned by The Times1, between January and February 2017, there were 2,850 instances where vessels “went dark” before traversing European waters. While some may have occurred on account of technical reasons, the majority of AIS switch-offs, according to security advisers, were done deliberately.

Vessels that wish to engage in illicit activities can manipulate the AIS system in several ways. According to maritime data and analytics firm, Windward2, the tactics employed include:

AIS manipulation has an effect on financial decisions and the perception of supply and demand, commodity trade and individual commodity market performance. From a security standpoint, AIS manipulation hinders a maritime nation’s ability to control and safeguard its exclusive economic zone (EEZ) and can allow for the proliferation of certain illicit activities, including but not limited to:

Together with other cyber-related crime, AIS manipulation and the means to engage in unscrupulous acts are usually one step ahead of the security developers.

For the reasons outlined above, the following recommendations should be taken into account.

1 The Times, ‘Security fears over cargo ships ‘going dark’ near terror zones’, available at http://www.thetimes.co.uk/article/security-fears-over-cargo-shipsgoing-dark-near-terror-zones-gr2zjdgj9, accessed on 23 March 2017.
2 Windward, An Analysis of the Magnitude and Implications of Growing Data Manipulation at Sea, available at http://www.windward.eu/wp-content/uploads/2015/02/AIS-Data-on-the-High-Seas-Executive-Summary-Windward-October-20-2014.pdf, accessed on 23 March 2017
- Owners, agents, and managers of vessels must ensure continued adherence to IMO guidelines in connection with AIS operation and AIS data transmission. 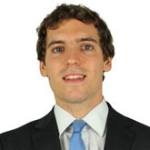 Building a Tall Tower - Could Your Asset Go Up in Smoke? 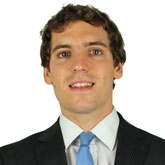