Construction Site Shutdowns: Is Your Surveillance Technology Fit for Purpose?

And with COVID-19 causing many site closures, top-tier surveillance is more important than ever.

Damage-related costs were escalating before the pandemic. Ongoing volatility in the construction all risks (CAR) insurance market made insurance harder (and more expensive) to place. Consequently, claims have been more likely to be disputed and potentially rejected.

And insurers are toughening up. As a condition of their CAR insurance, employers have to ensure their working practices and procedures comply with the Fire Prevention on Construction Sites Joint Code of Practice.

Currently, construction insurance underwriters stipulate that surveillance equipment needs to be standards-compliant, but there is no such requirement for the monitoring company that manages the surveillance tech. CCTV that uses artificial intelligence-powered monitoring might alter this form of risk management in the future. But currently, if the monitoring firm is not also standards-compliant, the construction firm’s cover could be affected, and claims, possibly, rejected.

The good news? Damage often relates to inadequate site security and monitoring, which can be upgraded at little (if any) additional cost. The reason for this is that many standards-compliant solutions are of a similar price to their non-compliant counterparts.

Higher-level surveillance tech and monitoring solutions exceed insurers’ risk management requirements. They reduce the risk and cost of large-scale damage that might be outside the scope of construction insurance policies, and lower total cost of risk (TCOR).

Projects are most at risk when equipment is left exposed, and sites are unattended, especially at night, weekends, and holidays. Security is a challenge irrespective of a project’s location: city centre works are as vulnerable as remote building sites.

In addition to the damage caused, companies face the cost of replacing uninsured property. They also incur expenses related to business interruption and delayed completion – which could eat into build times and result in penalties for breaching construction time limits. Reputational damage can also affect a contractor having a large fire or water damage claim close to project commencement.

Risks to unattended construction sites include:

Theft: Sites' constantly evolving nature (with numerous personnel coming and going) puts many project components at risk of theft. Vulnerable elements include plant equipment and materials (especially metals), particularly machinery, tools, metal, and fuel. There were 3,145 recorded thefts in 2018, up 36% on the previous year, according to the police’s specialist Plant and Agricultural National Intelligence Unit.

Fire: Hundreds of construction and renovation project fires are reported each year in the UK, with around 40% caused deliberately. Notable recent fires include the Glasgow School of Art blaze, which could cost £100million to remedy.

Vandalism: One in five tradespeople experience theft and vandalism every week. The cost is about £400million a year.

Harm to children/young people: Tragically, each year some children and young people lose their lives after gaining access to building sites, according to the Health and Safety Executive. Many more are injured.

Site damage causes a domino effect of circumstances and related expenses that create significant costs for contractors and developers, including:

Restitution: A lot of time, effort, and cost is involved in rectifying damage, managing claims for new equipment, and procuring difficult-to-source machinery and materials.

Trespasser injuries and fatalities: Site owners and occupiers owe a duty of care even to unlawful trespassers who may break in to steal equipment and materials or cause malicious damage (this is encompassed in the Occupiers' Liability Act 1984).

Additionally standard contract terms often exclude or limit security-related risks and losses (that is, fire), leaving the construction company to cover the costs. Companies also have to pay deductibles for theft, fire and water damage claims. In the current CAR market water damage deductibles can be in excess of £150,000.

Sub-contractor coverage breaches must also be considered. Construction that integrates hot works, such as welding, flame-cutting, and grinding, is often conducted by sub-contractors. If such works result in a fire, and a sub-contractor is found to have breached the conditions of their insurance, the insurer won’t pay out, leaving the main contractor liable for the costs.

Site security is ever-changing. As a project increases in size and complexity, the risks will evolve and security needs could change. Before choosing which solutions to invest in, and at what point, talk to your construction insurance broker. 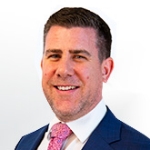 UK Government Announces Support for Trade Credit Insurance: What it Means for Businesses 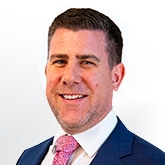