For the past few decades, terrorism has typically involved intricately planned out events targeting high profile assets. As a result, terrorism insurance has focused on property damage. Many national schemes respond similarly, for an example Pool Re, a public-private partnership, was established in the early ‘90s in response to the Irish Republican Army (IRA) bombings.

Now, 25 years on, terrorism is taking a different form and has a new target.

Over the past three years, a number of European countries have seen an increase in terrorism that does not involve significant property damage.

In 2015, suicide bombers attempted to cause mass bodily harm at the Stade de France in Paris during a football match, triggering a series of attacks around the capital. Germany faced tragedy in 2016 with the Berlin Christmas market attack. In 2017, a lorry was deliberately driven into crowds in Stockholm, Sweden – an act that was replicated in London just a few months later.

The targeting of civilians is very evident. While these incidents sit in stark contrast to the IRA’s Baltic Exchange Bombing, all resulted in needless loss of life – and all resulted in business interruption.

The Borough Market area was locked down and evacuated. The Market did not resume trading until 11 days after the attack. So while there was no property damage from the attack, the business interruption was significant. Many of the retailers had Pool Re cover, but found there would be no payout as non-damage business interruption (NDBI) is a clear exclusion from Pool Re’s cover.

The losses incurred from this kind of non-damage business interruption could range from £500,000 to £3 million – for a small business, this level of loss would substantially dent its income.

NDBI can come in two forms:

The second of these two instances can be triggered in a number of ways. In line with the incidents mentioned above, attacks with hand-held weapons, or with vehicles fall into this category when they lead to the denial of access to your property and in turn business interruption loss.

But it’s not just terrorism that falls into this category. Demonstrations and protests – even when peaceful – could prevent you from accessing your property or make it dangerous for your employees to do so. This also could lead to business interruption loss without property damage.

Many are unaware that their terrorism cover will not cover events of this nature. Coverage for NDBI is currently available in the standalone market though you may only need to buy a sublimit to add into your current policy.

The Marsh Social Unrest product covers all aspects of NDBI. Direct physical property damage is an exclusion, so it fits well with your traditional cover.

As these types of incidents evolve, so do coverage needs – it’s important to make sure that the coverage you buy is relevant and up to date:

Review your risk and your exposure; make sure what you're buying is meaningful as retrospective action could be costly. 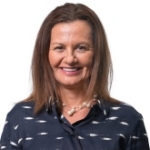 Justine Mayhew is a Managing Director with Marsh’s International Placement practice. She is based in London, United Kingdom and her role as the Head of International Property and Terrorism UK includes responsibility for placement of complex risks and driving of product development to respond to the involving needs of clients across the world.

Supply Chain Back to Basics and the Carbon Dioxide Shortage 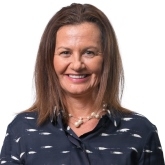 How Should You Be Insuring Against Lone-Attacker Events? Terror, Unrest, and a New Wave of Disruption