For now, large retailers will continue to try and maintain their prominence on high streets, and minimise downturns in a sector that relies almost entirely on consumer appetite and is heavily influenced by the UK's wider economic trends.

Many retailers have recently experienced challenges with stock. For instance, one retailer's latest accounts showed a loss before tax of £85 million, and credit insurers found that some of the issues lay with insufficient diversity among the product portfolio. More generally, several retailers have struggled from a dependence on certain season-specific products.

Alongside stock issues, perhaps the biggest issue plaguing the sector is costs. With physical stores becoming increasingly costly, there has been a marked increase in company voluntary arrangements (CVA). While there are two types of CVA, the retail sector has recently been primarily concerned with reducing costs associated with rent: a business aims to negotiate cheaper rates in the hope that it can continue to trade and ultimately not fall into insolvency, which would see landlords further out of pocket and left with vacant plots.

For some landowners, however, CVAs in 2019 have been slightly worse than expected, and the political and economic uncertainty is causing customers to delay new lettings. And while some CVAs are in the best interests of both the business and creditors, there has been debate as to whether some retailers might simply take advantage of the insolvency process and use CVAs to vacate from underperforming stores at their landlord's expense. Further pressure is applied to landlords by the possibility that other stores, which have strong bottom lines, might seek to leverage their position of power and negotiate rent decreases to align their costs with underperforming competitors.

Landlords have begun to take a stand. A recent high-profile CVA saw landlords vote against the retailers' restructuring plans, while others agreed to take rent reductions in exchange for equity of the struggling retailer.

The current environment will force retailers to be more agile and creative than ever. So what can be done if you are selling into the retail sector and potentially affected by the sector’s wider volatility?

Credit insurance will protect your business from insolvency and, with the documented rise of insolvencies in retail, it may provide the comfort to trade safely, helping suppliers to make informed decisions about their customers, thanks to the market and economic expertise that credit insurers hold.

It may also help embed good credit management practices, such as ensuring that ROT (retention of title) is included within your terms and conditions. This allows suppliers to retain title over their goods until all invoices have been paid, ultimately helping minimise losses if a buyer ever were to fall into insolvency. 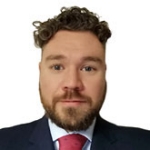 Iran-US Confrontation: What are the Implications for Businesses?

Directors and Officers Liability Side A Claims: Preparing for the Unknown 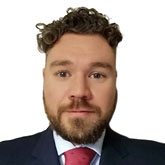 Next Generation Risk Protection: Protecting New Risk Realities Tomorrow's Manufacturers – Are You in Need of a Change in Course?