According to a new paper published today by Marsh, the world’s leading insurance broker and risk advisor, the future of some of the world’s most important shipping lanes – including the Suez and Panama Canals and other sea-facing port and terminal infrastructure – could be impaired from risks associated with climate change. According to Marsh, this could have implications for regional economies, global food security, and supply chains in the medium and long term.

According to the research, rising physical climate risks, such as coastal inundation and extreme heat and wind events, could directly impact key shipping lanes and associated operations at ports and terminals along the routes.

The paper highlights that rising sea levels are linked to coastal inundation risk and could challenge the integrity of infrastructure and port operations along the Suez Canal due to potential disruption to the loading, unloading, and movement of cargo. Further, the report states it could also affect the placement of infrastructure, including transportation and communication networks, industrial sites, housing, and sanitation systems.

In addition to potential navigational issues, the impact of an increase in extreme heat events can vary from productivity loss, such as impairment of the operations of businesses that use waterways and ports, to changes in sea salinity and density which affects engine cooling efficiency. While extreme heat events may not have an impact on the waterways directly, the report notes that broader risks arising from extreme heat could have other impacts which result in increased costs and delays for ship-owners and cargo.

Nick Faull, Head of Climate and Sustainability Risk, Marsh, commented: “The Suez and Panama Canals, the Straits of Hormuz, the Bab-el-Mandeb, and the Straits of Malacca rank among the world’s most important waterways, and represent a significant source of national income for countries that support trade along these routes. Climate-related events, such as the high winds that played a role in the grounding of Ever Given in 2021, could impair their long-term viability.

“While reaching a 1.5° Celsius Paris-aligned climate scenario will reduce the impact of the physical climate risks on these routes, greater resilience to these threats should be embedded into future infrastructure planning to limit critical dependencies and preserve critical supply chains in the long term.”

Rohan Hamden, CEO of XDI, said, “We are in the situation now where further escalation of extreme weather from climate change is locked in, so understanding the risks that poses to existing and future infrastructure is critical to economic and social stability. Physical climate risk data and close structural analysis of sites like the Suez Canal, combined with risk advice and adaptation planning is an indispensable component of infrastructure planning and management.”

Marsh is the world’s leading insurance broker and risk advisor. With around 45,000 colleagues operating in 130 countries, Marsh serves commercial and individual clients with data-driven risk solutions and advisory services. Marsh is a business of Marsh McLennan (NYSE: MMC), the world’s leading professional services firm in the areas of risk, strategy and people. With annual revenue over $20 billion, Marsh McLennan helps clients navigate an increasingly dynamic and complex environment through four market-leading businesses: Marsh, Guy Carpenter, Mercer and Oliver Wyman. For more information, visit marshmclennan.com, follow us on LinkedIn and Twitter or subscribe to BRINK. 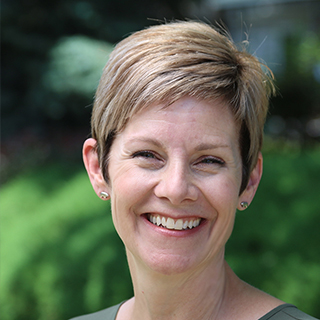