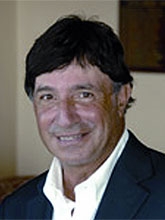 Before establishing International Advisory Services Ltd. (‘IAS’) in April 1981, David Ezekiel was a Partner with one of the leading accounting practices in Bermuda - Moore, Stephens & Butterfield (the Bermuda arm of KPMG Peat Marwick).  While at Moore, Stephens & Butterfield he was responsible, along with one other partner, for the firm’s rapidly expanding insurance auditing department and was responsible for much of the staff training in this area.

In September of 2009 IAS was acquired by Marsh and Mr. Ezekiel assumed the position of Chairman & Managing Director of the combined entity, Marsh IAS.

Mr. Ezekiel has also served as Chairman of ABIC (Association of Bermuda International Companies) for the last 13 years and has played a key role in the International Business sector over that period.  In 2005 Mr. Ezekiel was named as ‘Insurance Person of the Year’ by the Bermuda Insurance Institute (BII) and 5 years later was presented with the BII’s ‘Lifetime Achievement Award’.  Mr. Ezekiel has two children Daniel and Rebecca and lists Football (Chelsea!), Golf and Bridge as his major hobbies.

Mr. Ezekiel was educated at Sherwood College, Nainital, India and undertook his articles of clerkship in London.  He was admitted as a Member of the Institute of Chartered Accountants in England and Wales in 1971 and was admitted to Fellowship in 1978.  In 1972/73 he attended the Graduate Business Centre of the City University, London and received his Master of Science degree in Business Administration majoring in Investment Analysis.