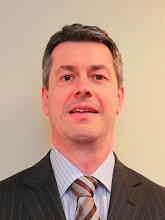 Isle of Man - Head of Office

Derek has been head of Marsh’s captive management office in the Isle of Man since 2003. As Head of Office, Derek supervises 12 staff and has ultimate responsibility for the management of over 30 client companies, the large majority of which are captive insurance companies.

Derek has almost 20 years captive experience having first joined Marsh in 1990 as an accountant in their Bermuda captive management unit before being promoted firstly to Account Executive and then to Director of Client Services. Derek has also worked in the oil industry and in the public sector in Scotland.

Derek holds a Bachelor of Arts degree in Business Studies from Robert Gordon’s Business School in Aberdeen, Scotland and is an Associate Member of the Chartered Institute of Management Accountants.