Dawning of the Drones: The Evolving Risk of Unmanned Aerial Systems

The projected growth of the unmanned aerial systems (UAS) sector is nothing short of phenomenal, and perhaps unsurprisingly the potential economic benefits are considered to be vast.

Commercially, a number of large corporations are already planning to use UASs, which are also known as drones, to enhance their services; they are also performing valuable humanitarian operations. The advantages of using this type of technology are numerous: hugely increased flight durations, expeditious deployment, low operating costs, and ultimate agility when flying in dangerous and/or hard to access locations.

Marsh’s report, Dawning of the Drones: The Evolving Risk of Unmanned Aerial Systems, indicates that insurance capacity for drone operations is plentiful. Insurers are actively underwriting policies to secure an early foothold in the sector, despite many regulators struggling to develop regulations that permit drone use, due to concerns about privacy and national security.

The report also discusses insurer considerations in writing coverage for drones, summarizes the status of drone-related regulations in 26 countries, covers factors driving the growth of drones, and more. 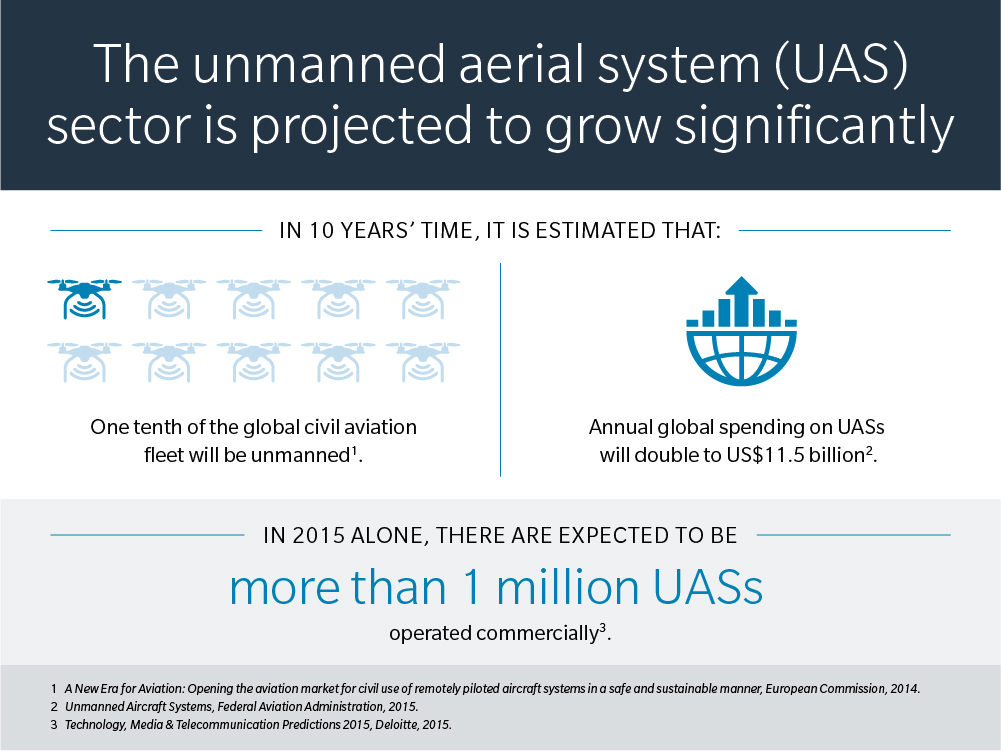 Dawning of the Drones: The Evolving Risk of Unmanned Aerial Systems