Sexual assaults on college campuses —considered a form of workplace violence — remain a major challenge for the education sector today despite more than 40 years of legislation that includes the Higher Education Act (1965), Title IX Education Amendments (1972), Clery Act (1990), and the Violence Against Women Act (1994).

According to a United Educators (UE) study of sexual assault-related insurance claims filed by colleges and universities between 2011 and 2013, 60% of the incidents occurred on campus, according to research on campus sexual assaults. A single incident can be devastating physically and emotionally for a victim and in terms of staff morale and appeal of the institution to prospective students. And the financial impact from lawsuits and reputational damage can be considerable.

The 2013 VAWA Amendment to the Clery Act, which requires schools to report a broader range of sexual violence incidents, and the 2014 Title IX Q&A Guidance provided the impetus for these guidelines. Based on those laws, schools should consider the following among their measures to reduce sexual assaults on campus:

Sexual assault is a persistent and devastating type of workplace violence that is prevalent on US college campuses. By developing and following recommended best practices and implementing effective strategies to raise awareness and follow protocols, colleges can better protect their students, faculty, visitors, reputation, and bottom lines. 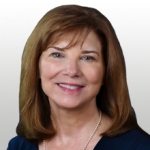 How to Prevent a Cyber Loss From Becoming Catastrophic 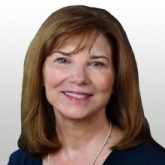