For the third consecutive year, experts predict a below-normal amount of hurricane activity in the Atlantic. But don’t rest assured: Similar forecasts were in place in 1992 — which was the last time a Category 5 storm struck the US.

The National Oceanic and Atmospheric Administration’s (NOAA) 2015 outlook is for a “below-average” Atlantic hurricane season, NOAA officials said upon releasing their prediction on May 27. NOAA predicts the Atlantic hurricane season — which runs June 1 through November 30 — will have a range of six to 11 tropical storms. Three to six of those storms may become hurricanes, with potentially two growing to Category 3 strength (top sustained winds of at least 111 mph) or higher.

Driving this year’s outlook is the El Niño phenomenon in the Pacific Ocean, which has the effect of suppressing hurricane activity in the Atlantic by increasing the amount of wind shear and the sinking motion in the atmosphere — factors that can inhibit storm formation and intensification, experts say.

Don’t Let Your Guard Down

Although researchers at Colorado State University (CSU) also predict a below-average number of storms for the season, it only takes one land-falling storm to cause significant damage. Forecasters in 1992 predicted a below-average Atlantic hurricane season, yet Hurricane Andrew was the costliest natural disaster in terms of insurance claims payouts in US history, when it hit Florida and Louisiana that year. And for a reminder of how long it can take for storm-related issues to play out, one need only look to New Orleans, which is still in many ways recovering from Hurricane Katrina, the tenth anniversary of which takes place later this summer.

Well-developed, actionable hurricane preparedness and response plans in place before a storm occurs can help to mitigate the effects of a potential catastrophe (CAT) event. Such plans can help you to properly address operational issues that can be critical when filing insurance claims. They can also help protect your employees, facilities, and the affected community, particularly if your property is needed for shelter.

Hopefully this year’s hurricane activity is in line with forecasters’ predictions. But by taking steps now to prepare and test your natural catastrophe response plans, you’ll be ready for whatever Mother Nature has in store. 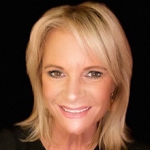 As Hurricane Season Arrives, Ensure Your CAT Models Are Up-to-Date

EEOC Supreme Court Decision May Be a Boon for Employers, but Don’t Celebrate Too Fast 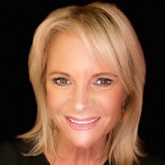