With only months until the California Consumer Privacy Act  — set to become the most stringent and comprehensive data protection law in the US — comes into effect, uncertainty is still rife about the implications of the CCPA and how it will be enforced.

A step towards clarity was made last month when the California Senate blocked a bill that would have strengthened the law and potentially increased challenges for organizations. The failure to pass Senate Bill 561 means that:

More amendments are expected before the CCPA takes effect on January 1, 2020, with some proposals still hanging in the balance. But businesses should start making preparations now to ensure compliance once the law takes effect.

Since one of the requirements of the CCPA is for companies to “implement and maintain reasonable security procedures and practices appropriate to the nature of the information,” organizations can start by:

Despite uncertainty about additional amendments, we know that the CCPA — like the European Union’s General Data Protection Regulation — will provide new protections for any “personal information” collected by businesses, including biometric, commercial, and geolocation identifiers. And while rights under the CCPA are only afforded to consumers in California, other states are expected to eventually adopt similar laws, making it imperative for organizations to have best practices in place before the end of the year. 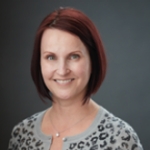 Data is the Key to an Improved Risk Strategy 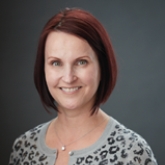