Business confidence was dented in 2016, as the global economy struggled with slowing growth in the majority of emerging markets and elsewhere. It will therefore come as little surprise that the past 12 months also bore witness to an increase in insolvencies, which we believe will continue and perhaps even accelerate, in 2017.

Against this backdrop, experts surveyed for this year’s Global Risks Report 2017, prepared by the World Economic Forum with the help of Marsh & McLennan Companies and other partners, rated economic woes as an issue of the highest concern in the short term, along with related geopolitical and societal risks.

Until last year, the global economy had experienced six years of improving economic conditions and falling levels of global losses as it recovered from the financial crisis of 2007-2008. However, last year the sands shifted, and saw the first annual increase in insolvencies in six years, driven by a prominent rise in Asia (specifically China), the Middle East (specifically Saudi Arabia and Dubai), as well as countries (such as Brazil) whose economic challenges are well known. The net effect has been a  challenging business environment.

Looking to 2017, slowing growth in Asia – particularly China and India – will likely have a knock-on effect in other parts of the world. Meanwhile, President Trump’s election has the potential to subdue trading in Latin America, because countries such as Mexico and Brazil are quite dependent upon the US for the majority of their exports. A change to US trade policy with these countries could have a dramatic and adverse effect on their economies.

There’s also a host of other factors to consider. Some people talk about an inflationary period setting in in 2017, but would that inflation sustain growth? At present, I’m skeptical. Then there’s the uncertainty surrounding Brexit, newly-elected President Trump, and upcoming elections in France, the Netherlands, and Germany. There will continue to be a considerable amount of speculation around how these factors could affect the world.

So what can businesses do to remain resilient in this challenging environment?

The impact of a bad debt on a business can be catastrophic; don’t let it happen to yours. 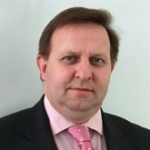 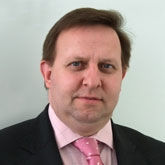