What Real Estate Firms Need to Know About Drone Risks

Look, up in the sky: It’s a bird…it’s a plane…no…it’s an unmanned aircraft photographing you, your property, and the surrounding area. Officially known as unmanned aircraft systems (UAS) but more commonly called drones, UAS use is expected to continue its rapid expansion in 2016 in real estate and other industries, as well as among hobbyists. But along with the promise of business efficiencies, drones bring regulatory, privacy, and safety issues, according to panelists at Marsh’s recent Global Real Estate and Hospitality Conference.

Real estate companies use drones to photograph, film, and showcase homes, land, and commercial properties, giving a unique bird’s-eye view to potential customers and providing a cost-effective way to conduct surveys and inspections.

But no matter the use, concerns regarding drone use include the potential for:

Because drones are considered aircraft, their use is governed by the Federal Aviation Administration (FAA), which recently put regulations in place for recreational usage. By February 19, users must register their drones with the FAA or potentially face thousands of dollars in fines.

The FAA has said it expects to unveil commercial drone regulations this spring. Until then, companies can petition the FAA for a Section 333 exemption in order to use drones for commercial purposes. By the end of 2015, about 2,800 such exemptions had been granted, many of them for real estate purposes.

In what should serve as a warning regarding drone use, the FAA in October 2015 proposed a $1.9 million fine against one company for its alleged reckless use of drones.

Insurers are becoming increasingly concerned about drone risks. While insurance coverage for UAS operations covering physical loss and liability is available, how insurers and the courts will respond to claims remains to be seen.

Coverage may be excluded from casualty policies as insurers are concerned about the unfamiliar and evolving risks related to drones. Typically, commercial general liability policies:

Insurers are scrutinizing insureds that use drones, and asking for detailed information about their size and intended purpose.

As with any developing technology, companies will be well-served by carefully planning their use of drones, keeping abreast of developing regulations, and working closely with insurance and risk advisors to mitigate the risks. 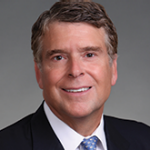 Take These Steps Before, During, and After a Flood to Protect Your Business 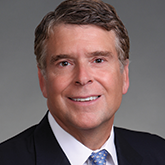 Dawning of the Drones: The Evolving Risk of Unmanned Aerial Systems
View all Risk In Context Articles