Risk Managers: Get Involved in M&A From the Outset to Drive Strategic Value

Mergers and acquisitions (M&A) are on the rise globally as businesses look for growth opportunities. But while M&A transactions can add considerable value, they also carry sizable risk. According to various public comments from observers, anywhere from 50% to 90% of all mergers fail. That makes careful analysis and thorough decision-making essential, which presents an opportunity for risk professionals — especially if they become involved early in the M&A process.

On a recent The New Reality of Risk® webcast, we asked participants when their risk management departments typically become involved in mergers and acquisitions. More than 100 risk professionals responded:

Where M&A Can Go Wrong

Every M&A deal presents risk, ranging from organizational, cultural, regulatory, and tax concerns to retirement schemes, employee benefits programs, and open litigation. Some risks — including environmental liability, cyber exposures, and political risk — may be particularly acute for deals involving certain industries or countries. Then there are risks related to the transaction itself, such as representations and warranties made by either side during deal negotiations.

It’s critical for organizations to identify, review, and address such risks early, but that doesn’t always happen. Risk professionals are often brought in too late — essentially handed a stack of policy documents for a company that’s just been acquired with instructions to renew an insurance program. If that’s the norm for your risk management department, it could be missing a huge opportunity to add quantifiable value.

Managing Risk From the Start

The ultimate goal for a risk manager during M&A should be to protect the organization from day one —before the deal even closes. This means being part of the deal team from the beginning, alongside legal, finance, and human resources.

Starting early will give you time to help assess risks before due diligence even begins, better preparing you to identify critical risks once the process gets underway. And if the deal proceeds, starting early will allow you to properly address those risks before the transaction closes, whether through insurance or other means.

As businesses pursue aggressive growth, M&A will remain a viable strategy. The bottom line for risk professionals? Grab a seat at the M&A table early to add strategic value and protect your organization’s bottom line.

For more on this topic, listen to a replay of our The New Reality of Risk webcast. 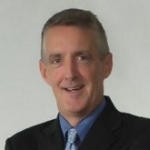 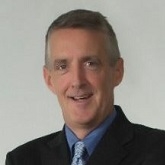