A life insurance company. An annuity firm. Software and technology corporations. Already in 2016, four such organizations have been targeted by class-action lawsuits over alleged breaches of fiduciary responsibilities relating to pension plans. These claims add to a growing roster dating back to 2006 of what are known as excessive fee cases under the Employee Retirement Income Security Act (ERISA).

Though the cases vary in scope, one thing is clear: ERISA fee cases are not going away.

Generally speaking, there are two types of ERISA fee cases. The first challenges the fees and expenses that some plans charged and questions the management of specific investment funds. The second alleges conflicts of interest arising from the use of a company’s proprietary investment products and services in the retirement plans.

Let’s take a look at the numbers:

ERISA suits don’t only affect businesses’ financials. Plan fiduciaries and sponsors can be held personally liable for plan losses. So it’s crucial to determine if your organization has sufficient fiduciary insurance limits.

Three key steps to take in analyzing the purchase of fiduciary insurance limits:

A US Supreme Court ruling in May 2015 eliminated the longstanding six-year limitation period for breach of fiduciary duty claims, adding to the uncertainty around ERISA fee cases and providing another reason to be proactive about your insurance coverage. The Court said ERISA plan fiduciaries have a “continuing duty of some kind” to monitor investment fees and performance in real time. With cases continuing to define the Supreme Court’s “ongoing duty” to monitor, it’s crucial to be as prudent as possible regarding ERISA fee litigation.

And for more information about trends in financial and professional coverage lines, see our US Insurance Market Report 2016. 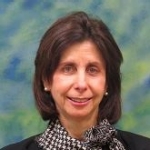 What To Do as Regulators Clamp Down on Global Insurance Programs 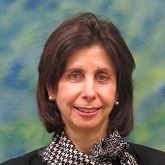