The recent riots in South Africa are only the latest reminder of the devastating effects that political violence and terrorism can have on people and businesses. Unrest across several cities has led to the deaths of more than 200 people and economic losses of more than $1 billion.

To manage the financial impacts of these risks, businesses can look to commercial insurance, including property terrorism and political violence coverage. But to build the right program for your organization, it’s important to understand how each form of coverage works.

Being Ready for Unrest Anywhere

Civil unrest, which at times has led or contributed to violence, is an all-too-common occurrence, in developed and emerging markets alike. Since the start of 2020, significant unrest has occurred around the world, from the Americas to Europe and Africa to Asia-Pacific.

The pandemic was a catalyst for some recent instances of unrest. For example, large-scale demonstrations and rioting in Amsterdam, Calgary, and London earlier this year were prompted by discontent over government restrictions intended to curb the spread of the coronavirus.

But political violence can be attributed to broader — and often systemic — socioeconomic causes. In South Africa, the driving force behind the protests in Johannesburg, Pretoria, and other cities this month was the jailing of former president Jacob Zuma. Demonstrations in March and April 2021 in Northern Ireland were initially sparked by tensions over the effects of Brexit. And the death of George Floyd led to unrest across many American cities in 2021.

For global organizations, this underscores the need for preparedness. The fact is that unrest can occur in any country in which a multinational company does business. It’s thus important to ensure you have the right insurance coverage in place to mitigate losses and accelerate recovery.

To choose the right coverage — or combination of coverage — it’s vital to first understand your options.

Political violence insurance can provide coverage related to war, civil war, rebellion, insurrection, coup d’état, and other civil disturbances. Property terrorism insurance, meanwhile, can provide coverage for physical damage and business interruption resulting from acts that are motivated by politics, religion, or ideology. Both policies can also include coverage for strikes, riots, and civil commotion.

It’s important to note that neither form of coverage provides coverage for employee injuries. That instead falls to workers’ compensation, group health, and other forms of protection available to companies, depending on the country in which those injuries occur.

So the question is: Which insurance policy is best? That’s not always easy to answer. The line between what is considered “political violence” versus “terrorism” can be blurry. And a company’s unique risk profile may ultimately make purchasing both forms of coverage in a hybrid policy the best approach.

In building insurance programs to protect against political violence and terrorism risks, organizations should work with their risk advisors to:

Although insurance can be valuable in the event of a loss, organizations should also take steps to prepare for the effects of unrest, including safeguarding people and limiting the impacts to physical assets and operations. Among other actions, risk professionals and others should:

Taking these steps — and working with advisors to build the right insurance program — can help you be more confident in the event of future unrest. 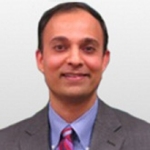 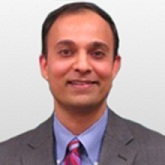