Reflections on Katrina One Decade Later

Reprinted with permission from the August 17, 2015 issue of Business Insurance. © Crain Communications Inc.

Surreal. That's the word I always come back to when I recall Hurricane Katrina. So many images and feelings come to mind. For many people, Katrina remains a defining event in our business and personal lives, from the enormous obstacles we overcame to the pride in being part of rebuilding a great city.

On Saturday, August 27, 2005, Katrina was a sprawling hurricane roiling the Gulf of Mexico on its way to Category 5 status. We don't always evacuate the city when a storm approaches, but Katrina was different.

This time we left town, along with hundreds of thousands of others. Ironically, my wife was with her mother vacationing in Grayton Beach, Florida, watching the hurricane move toward New Orleans. I, along with our three boys and pets, left on Saturday simply to avoid the traffic. When Katrina hit New Orleans early Monday, we were glued to the news coverage. As the levees gave way and much of the city was inundated, many hoped to catch a glimpse on TV of a home or a neighborhood or a family member. Others were looking at their businesses. One client recalls sitting on a porch with his partner in the evacuation zone, insurance documents in hand, wondering: “Are we covered?”

I was able to get back into the city the following Thursday. Flood waters were widespread. The National Guard and military vehicles were everywhere. The debris was unimaginable. And there was a certain stench to the air. It's something I'll never forget.

In some ways, it seems like yesterday. In others, it's so long ago. Over time, three things stand out for me: colleagues, clients, and communication.

We thought we'd be gone from home for a weekend, but it turned into about three months. We were fortunate in that our house suffered minimal damage, and we had an evacuation spot in central Louisiana, but there was no school available for our children, so we lived in Houston until the end of December. I would make forays back into the city to check on the house and to help clients.

Our Marsh family was touched directly; 11 of our New Orleans co-workers lost everything. We moved our operations to the Houston office, but colleagues were scattered everywhere except New Orleans, and it took weeks to make contact with all of them. We sent emails, texted, and tried cellphones. We found probably 80% of our colleagues pretty quickly and developed a strategy to reach out to clients.

As we reached them, we found their stories similar to our own: Some suffered no damage, others had near-total losses. After a few weeks, you just knew it was going to be a long time to get the city, people, and businesses back on a normal footing. But it was striking how people worked together, going above and beyond, to make it happen.

Communication was incredibly constrained. Telephones and electricity were out for months in some cases. You have to remember that almost no one texted then. For many of us, Katrina provided the impetus to learn how to text because it was one of the few ways to communicate.

It was difficult to assess the damage in the early days. Not many people could get into the city. When we reached a client, the first line of questioning typically was: “Were you affected? Do you know the extent of the damage? Are you in town or have you evacuated? What help do you need the most right now?”

It was inspiring to see the Marsh response, to watch the catastrophic claims unit roll into the city. At the time, quite frankly, I don't think we knew the breadth of this service. Claims experts from all over the country descended on the city, ready to help in any way — from finding generators to securing advance payments from insurers, who were also here in full force.

I remember one client with about eight hotels downtown. One of our claims experts from upstate New York was sleeping in one of the rooms and adjusting the claim. And we were able to get a seven-figure dollar amount to them very quickly.

About 10 of my own clients were affected, with the claims interesting from a pure insurance perspective. Was it wind, wind-driven rain, flood? How would the deductibles apply? How would business interruption coverage work?

There were a lot of unknowns. But the bigger picture in which we were operating brings me back to that word: surreal. There was a real question as to whether the city would be able to come back to how it had been. You sensed desperation from some clients. They didn't know what the future was going to bring, not just for their individual claims but also for their enterprises.

But once recovery got started, the momentum built.

A big lesson from Katrina is that you can never overprepare. The investments you make now will pay off. Whether it's preparing employees, planning for business continuity or understanding how your coverage will respond — those are things that need a lot of thought before a disaster.

Hardly a day goes by now that we are not working with an issue for a client that involves one of the big questions post-Katrina: “What if it happens again? Do we have coverage for a big storm?” Thankfully, most clients had sufficient insurance coverage in Katrina or were able to access FEMA funding for uncovered losses. Many homeowners were not as fortunate and abandoning the city, and their flooded home, was their only choice.

A particular concern here in New Orleans, of course, is flood protection. One of the dominant issues after Katrina was whether the damage was caused by a natural disaster or was manmade due to the levee construction. Without digging into that, let me just say the current state of flood protection is much better than it was before Katrina. And we are educating underwriters about that, giving them a comfort level with writing business here. Even more important, it's giving people who are thinking about doing business here the confidence to do so.

It's hard sometimes to remember, but New Orleans was truly on its last legs after Katrina. But it didn't take long for the community to develop a commitment to rebuild. People from all over the world descended on the city to help. There were so many volunteer groups, from community service organizations to high school and college students. The rebuilding is still going on, but a lot has happened.

One thing that stands out to me even more than getting businesses back up is that there has been a renaissance of young people. The city is now a hotbed for entrepreneurism and community outreach. We've had an exciting onslaught of new people moving in. There are many challenges left, but from an infrastructure, housing and business standpoint, New Orleans is thriving.

New Orleans is a vibrant community with a bright future. We're a better protected city. We're probably more accepting of outsiders than before. It's an exciting place to be a part of right now. 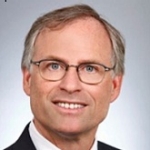 First Hurricane of 2015 Atlantic Season a Reminder to Be Prepared 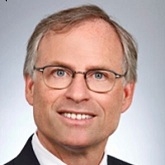 Ten Years After: Learning From Hurricane Katrina and Other Disasters
View all Risk in Context Articles