The recent surge of terrorist attacks at nightclubs, restaurants, stadiums, and other public spaces is a reminder that events and venues, particularly sports-oriented ones attracting large crowds, are ideal soft targets for terrorists. In fact, the terrorist cell responsible for the Paris and Brussels attacks also intended to attack the Euro 2016 soccer tournament.

In light of these terrorism risks, the US State Department issued a travel alert for the entire European continent ahead of the tournament. Effective through August 31, the alert noted, "…stadiums, fan zones, and unaffiliated entertainment venues broadcasting the tournaments in France and across Europe represent potential targets for terrorists, as do other large-scale sporting events and public gathering places...”

Also prospective targets, US stadiums and sports facilities should establish and maintain a heightened level of preparedness and response capabilities. In doing so, sports organizations should consider their potential liability if safeguards fail.

This is where the SAFETY Act (Support Anti-Terrorism by Fostering Effective Technology Act) comes into play. Several major sports leagues and venues already have sought the protections offered by the SAFETY Act.

Implemented as part of the Homeland Security Act of 2002, the SAFETY Act enables sports organizations to apply for tort protection coverage by the US Department of Homeland Security (DHS) for the physical and cyber security systems and security protocols, procedures, and policies used to protect facilities and assets.

Awardees may receive substantial tort protection, which may include exclusion of punitive damages, favorable-forum selection, and capped liability.

Although only a few venues have been awarded SAFETY Act coverage, more are seeking protection, following recent terrorist attacks.

Before You Apply for SAFETY Act Coverage…

Key questions you should ask before pursuing SAFETY Act protection include:

The safety of spectators and fans, players and team employees, venue staff, and vendors is paramount for sports organizations. Effective anti-terror technology and risk management strategies play an important role in overall protection, prevention, and mitigation. They also can help you protect your organization’s bottom line and reputation when combined with a successful award under the SAFETY Act. 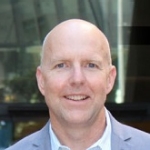 Cyber Terrorism: Does Your Insurance Cover the Gaps? 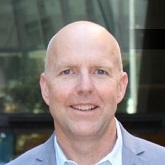 Managing the Risks Associated With Catastrophic Events in the Sports Industry