EEOC Supreme Court Decision May Be a Boon for Employers, but Don’t Celebrate Too Fast

A recent US Supreme Court decision said that the Equal Employment Opportunity Commission (EEOC)’s informal methods of communication with corporations facing discrimination charges were no longer immune from judicial review. The unanimous decision is a “win” for employers, but a note of caution remains over how effective any monitoring of the EEOC’s procedures will be.

In Mach Mining, LLC v EEOC, Mach was accused of not hiring any female employees for mining positions since the firm began operations in 2006. The EEOC maintained that sending two letters to the mining company before it sued them met the requirement for using informal methods to alleviate alleged discrimination before bringing suits. The company countered that the two letters were inadequate. The case opens the door for other employers to similarly cite insufficient EEOC efforts to resolve alleged discrimination when the commission sues them.

There has never been a standard process for reconciling and resolving discrimination charges before the EEOC brought a lawsuit. The EEOC has always asserted it is not subject to judicial review given the expansive discretion given to it under Title VII of the Civil Rights Act.

The case raises some important questions regarding employment practices liability (EPL) insurance, such as:

But while it may be a positive result for employers, the Court said that federal courts “may not impinge on that latitude and on the commission’s concomitant responsibility to eliminate unlawful workplace discrimination.” Thus, courts are not required to conduct intensive reviews of EEOC procedures.

Indeed, the Supreme Court appears to have left some wiggle room for the EEOC to stick to its old review methods and pre-trial obligations. And the EEOC has vowed to stand by its conciliation efforts.

The jury is still out on what all of the implications will be for employers and EPL coverage. But for now, employers can enjoy the win.

Marsh is not qualified to practice law and does not dispense legal advice. 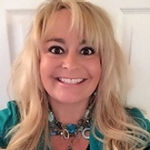 Carole Lynn Proferes is a managing director in the Financial and Professional (FINPRO) Practice and is the FINPRO Practice leader for the Mid-Atlantic Partnership which includes the Philadelphia, Washington DC, Richmond, and Baltimore areas. 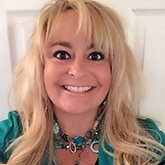