Think Beyond Insurance to Manage Total Cost of Casualty Risk

With rates for most forms of casualty coverage generally declining in recent years, businesses have been able to wring costs out of their insurance programs. But when considering total cost of casualty risk, insurance premiums are only one part of the story.

We asked participants in a recent The New Reality of Risk® webcast whether their organizations considered risk transfer premium to be the most significant part of their total cost of casualty risk. Of the nearly 250 risk professionals who responded:

These results indicate that many organizations are still focusing on insurance premiums — and potentially missing other opportunities to reduce casualty costs.

That’s because every casualty program includes a broad mix of fixed and variable costs. And generally, we can group these into five major areas:

Looking at total cost of casualty risk across these five elements enables you to identify specific cost drivers and prioritize where you can devote resources to reduce costs. But because these elements are interrelated, taking action to address one element could affect others.

For example, a major restaurant chain sought to improve its total cost of risk across multiple casualty lines. Working with Marsh, the company evaluated its existing insurance and risk management program and identified opportunities to reduce its risk transfer premium by $5 million. Those savings allowed for reinvestments in its risk management program that helped the company reduce its retained variable loss costs by another $5 million — leading to a total cost of casualty risk reduction of $10 million.

Managing insurance costs is important, but it’s not the whole story. By looking at all elements of your total cost of casualty risk, you can make an ever bigger impact on your bottom line.

For more on this topic, listen to a replay of our The New Reality of Risk webcast. 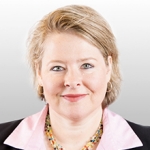 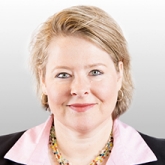