Each year, Marsh, its colleagues, and its risk practices are recognized for achievements in customer service, innovation, industry expertise, and product development.  View our recent awards below.

Marsh is honored that its Credit Specialties practice has received the “Leader in Trade for Sustainability” 2021 award by the Global Trade Review (GTR) publication.

At the Asia Insurance Industry Awards Ceremony that took place on November 2, Marsh was named the region’s Broker of the Year for the third time in a row. 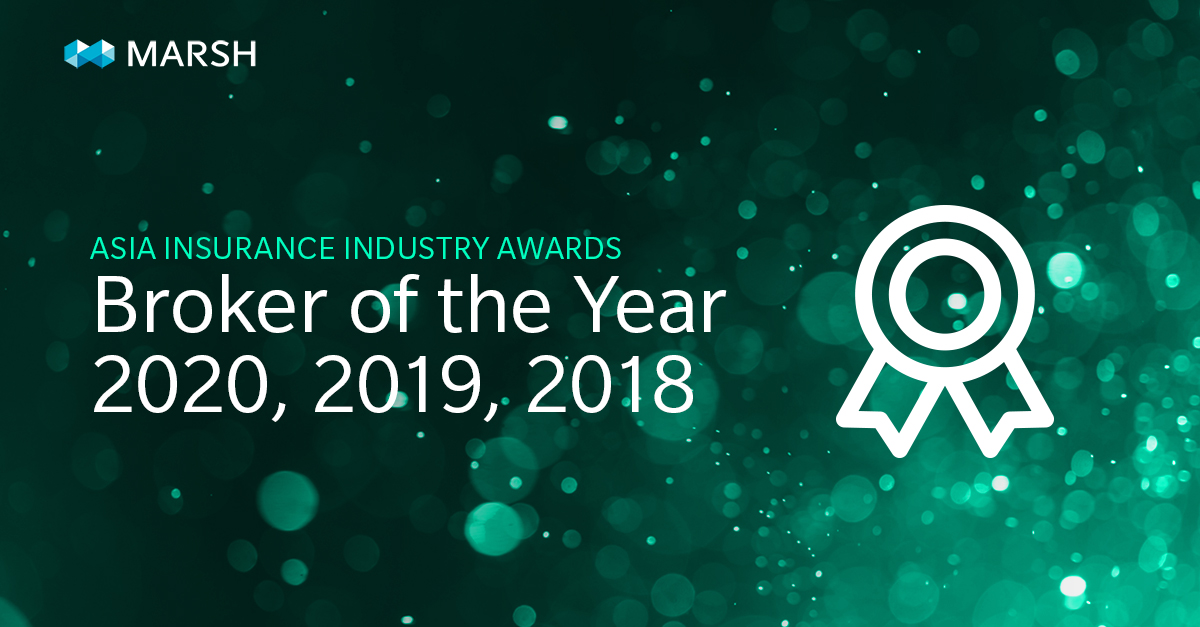 Organized by Asia Insurance Review, the AIIA is one of the most established for the industry. This year, 800 nominees from across the region competed for 17 awards. Marsh was one of only two winners who successfully held on to their titles, alongside the winner of “Life Reinsurer of the Year”.

Marsh is honored to have won 2019 “Captive Consultant” and “Captive Innovation” awards from Captive Review in its annual Asia Captive Review Awards. The awards recognize and reward those providers of captive insurance products and services who have outperformed their competitors and demonstrated the highest levels of excellence over the past 12 months.

Marsh has won the “Broker Innovation of the Year” award at the StrategicRISK Asia-Pacific Risk Management Awards.

Marsh has won the “Best Insurance Broker” award at the CFO Innovation Awards. The ceremony took place on December 7, 2018, at the Grand Copthorne Waterfront in Singapore. Iris Teo, CEO, Marsh Singapore, received the award in front of senior finance professionals from the region.

Marsh has won the “Broker of the Year” award at the 22nd Asia Insurance Industry Awards (AIIA). The ceremony took place on October 29 at the Marina Bay Sands in Singapore. Alan Cheah, Chairman, Marsh Asia, received the award, witnessed by more than 500 guests.

Business Insurance and Best’s Review recently published their 2018 rankings of the world’s top insurance brokers – and Marsh & McLennan Companies (MMC) once again took the top spot on both lists.