Today’s business interruption (BI) exposures extend beyond the traditional pure property damage Business Interruption. As the risk landscape continues to change and evolve, BI can be anything that interrupts a business and, consequently, might not necessarily fit neatly within any traditional risk category or packaged under any one insurance policy. Caroline Woolley, Marsh Business Interruption Center of Excellence Global Leader, highlighted during a recent visit to Australia that there are at least eight business interruption “risk bubbles”. As illustrated below (Figure 1), BI risk can arise from various scenarios spanning from the traditional property damage to supply chain to terrorism.

We take a closer look at three recent events in Australia, to demonstrate the implications of business interruption across various industries and from traditional property damage and beyond.

The severe storms in April this year caused widespread damage across New South Wales. While the biggest casualties initially appeared to be residential properties across parts of Sydney and Newcastle, many businesses also felt the brunt of the extreme weather conditions, from local and small businesses that operate primarily from ground level shop fronts, to the larger-end corporates in Sydney’s CBD. Affected areas experienced flooding and loss of power. During the height of event, more than 225,000 homes and businesses were without power across NSW1.

“Small business owners often don’t purchase full BI cover and therefore will struggle to pay for mitigating actions/business continuity efforts, on top of struggling to maintain cash flow,” Caroline Woolley explained. “While they may be able to access some financial assistance and relief from government grants, it’s often not enough to fully recover from or survive such a major loss.”

While many smaller businesses experienced “classic” BI resulting from flooding / property damage, the effects on the larger end corporates demonstrated how non-damage BI issues could result from damage related event. Across the CBD, the extreme weather conditions saw companies experience disruption of business as employees were unable to get to work. As the storms worsened, many companies sent workers home early or advised staff to work from home. Whilst there was no significant property damage, there were obvious BI and Additional Cost of Working (ACOW) implications for these companies.

Traditional BI insurance policies rely on a damage trigger, typically to the policyholder’s own property or assets. If this hasn't occurred, the next option is the Denial of Access extension clause, subject to lower limits. For businesses that suffered classic flooding, there could also be “wide area damage” issues regarding cover, i.e. where BI is a consequence of an event rather than damage.

There is often a mismatch between the expectation of BI policies and the reality of the contract in place. “Wide area damage” can create further uncertainty in BI due to the argument that losses are as a result of an event, rather than damage at insured premises. The case of Orient-Express Hotels Ltd v Assicurazioni Generali SpA (2010) highlights this issue more than any other. This case study was outlined in our white paper, 'Business Interruption Insurance Efficacy: Five Key Issues', published earlier this year. In short, the insurer stated that BI loss must be “in consequence of damage”, and stated that the insured (a hotel) sustained loss “in consequence of the event”, being Hurricanes Katrina and Rita. The English High Court of Justice ruled in the insurer’s favour and, consequently, the insured was only able to receive limited recovery under a prevention of access clause, and not from the core BI coverage.

Caroline advises that it is important that policyholders check their BI policy wording to be clear on the intention of insurance.

“Companies looking to avoid the possibility of a reduced recovery in similar circumstances should be advised to engage insurers and negotiate wordings appropriate to their exposures.”

It is critical for companies to understand and distinguish between losses flowing from:

When news first broke in February this year of the Hepatitis A virus potentially being carried in certain brands of frozen berries, distributors and supermarkets were swift in recalling these products and issuing warnings to the public.

Product recall: From a BI perspective, affected distributors would incur additional expenses including costs to recall the frozen berries from all supermarkets, consumer refund costs, drop in sales, and the cost of PR rebuilding after brand damage. Product Recall is another insurance policy with a BI element, however this is not widely purchased and can sometimes be restricted to government-forced recalls. For brand protection and in the spirit of customer goodwill, the insured (and their broker) should endeavour to have this restrictive trigger removed.

Supply chain: Supply chain management plays a key role in this scenario. While supply chain interruption can arise for a range of reasons, traditional insurance coverage at present is generally limited to that arising from physical damage at a direct or primary supplier. This is sometimes further restricted to FLEXA (fire, lightning, explosion, aircraft) perils. In the case of the frozen berries, it was clearly not a simple case of damage caused by a fire at a direct supplier. Investigation costs to identify the offshore plants supplying the contaminated berries and the subsequent costs for corrective measures in the production and processing chains, including finding replacement supplier and improving quality control measures, are all additional expenses on top of loss of revenue suffered by the distributor.

As the case shows, a wholesaler/distributor’s business structure often incorporates a complex web of suppliers that can be difficult to trace and monitor, particularly if they span multiple geographies and jurisdictions, thereby increasing the variety of potential events and interruptions.

Traditional Property Damage / BI insurance policies were not designed to cope with such exposures, and may not offer the protection required in today’s market. To counter this, a best practice approach to risk management should be followed – Identify (mapping), Improve (business continuity and monitoring), Measure (quantify exposures to allow informed decisions on risk transfer) and Treat (look beyond traditional policies to consider developing alternative risk transfer solutions).

“Much like the pharmaceuticals industry, the notion of ‘safe and suitable’ products in the food industry is strongly regulated,” explains Caroline. “Initially developed for the pharmaceuticals industry – and in line with our approach of a single lens view of BI – we have seen some insurers develop a specialist product covering a suite of BI risk exposures including contamination, recall, government intervention and import/export issues.”

As companies establish a clearer picture of exposures, such specialist insurance products will become more economically viable and will provide the depth of cover demanded by buyers that are lacking in traditional insurances.

The prevalence of terrorism risks struck closer to home in December 2014 when an armed siege took place at the popular Lindt Café in Sydney during the morning rush. As the situation unfolded over the day, it become clear that BI implications extended from the single site of the siege (extensive property damage, loss of revenue, PR costs, rebuilding of physical site, reopening and marketing costs) to a much wider block of surrounding businesses as the CBD came under “lockdown” (missed meetings, workers leaving for home early, loss of revenue for retailers and food businesses in surrounding areas).

The issue of widespread damage has implications for surrounding properties such as hotels, restaurants, retailers and other leisure or tourism related properties where loss of revenue would be experienced as a result of the siege event.

“Traditional BI policies are property damage triggered and typically exclude terrorism. The insured needs to watch out for non-damage denial of access extensions that may be overridden by such exclusions,” warns Caroline.

As the threat of terrorism is on the surge globally, the insurance market is evolving to meet the needs of rising risks. The political violence specialist markets are currently linking and working together with terrorism specialist markets to offer threat based insurance products to cover interruptions such as this.

The Future of Business Interruption

Recent Australian events demonstrate that we have been exposed to at least 6 of the “top 10 movers” in the global risk landscape (Figure 2).

In a world where business structures are evolving (interdependencies, technology, globalisation, increased outsourcing) and risk landscapes altering, the key to better protection is understanding exposures and building resilience. Businesses need to build resilience through the entire value chain, not just at the end point. Increased outsourcing makes maintaining control increasingly difficult to achieve.

As our case studies have shown, BI risk does not fit neatly into existing insurance categories. Therefore, taking a single lens view of risk first is essential; consider the impact on business first, then test under various scenarios. We can’t necessarily predict what the next big event will be, but we can prepare under multiple scenarios, map and understand the full value chain, and ensure business is flexible and nimble to deal with whatever events do occur. The basic rules of risk management and transfer (Identify, Improve, Measure, Treat) act as a guide along this journey.

The future of BI sees it moving further away from fitting within any traditional category of risk and most certainly beyond just property damage. The concept of BI risk “bubbles” is a more realistic representation in that BI risk may overlap between different risk categories. We would encourage open communication with insurers to better understand existing policy coverages, and ensuring relevant policy extensions are included to match your risk profile. Closer engagement with insurers would also help in developing more focused and appropriate new products to close current coverage gaps. 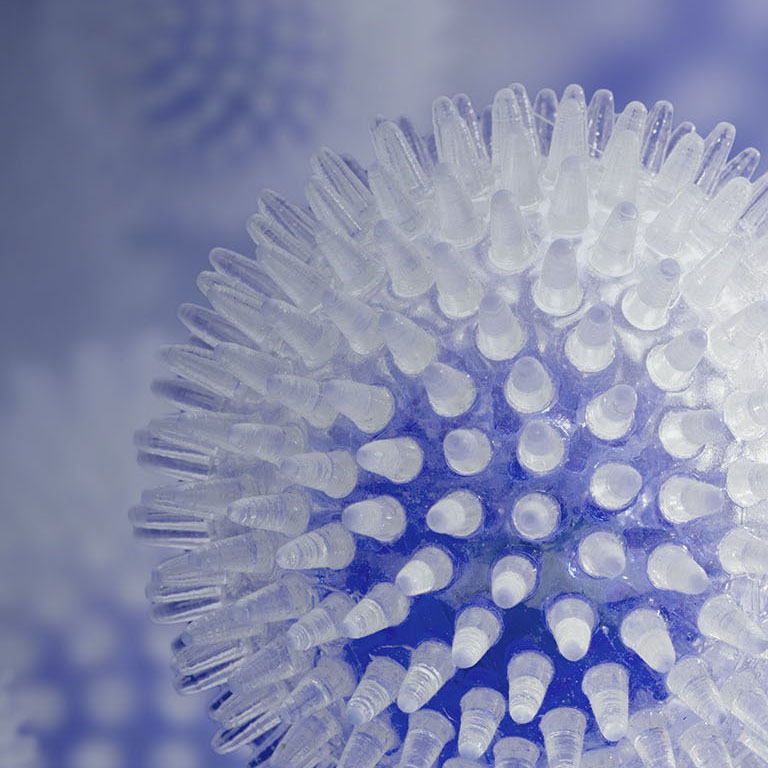 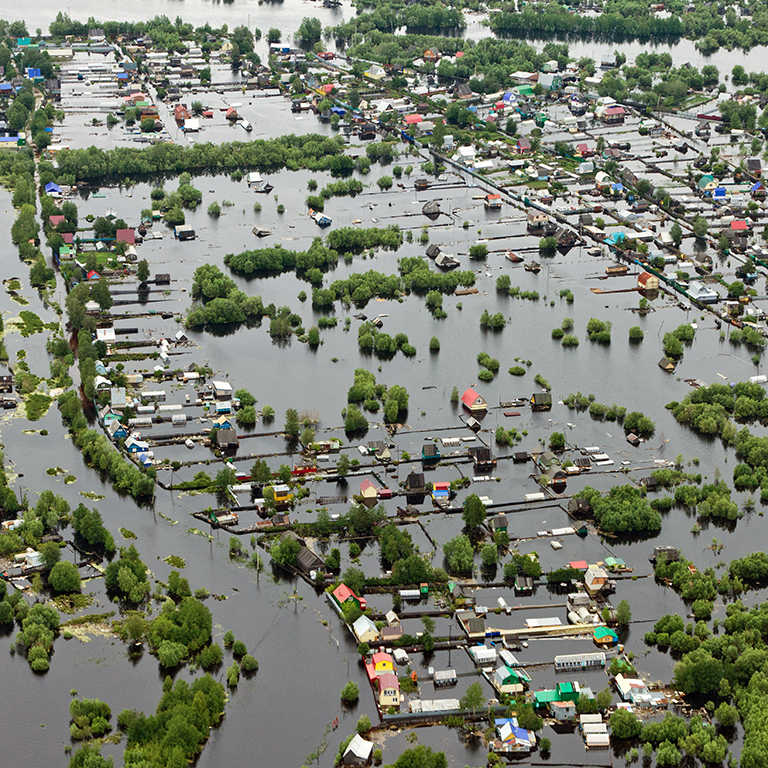 Business Interruption: Looking Beyond the Physical