Find out how the latest regulations on vessel exhaust emissions adopted at the MEPC 76 meeting will impact ship owners and charterers and the insurance implications. 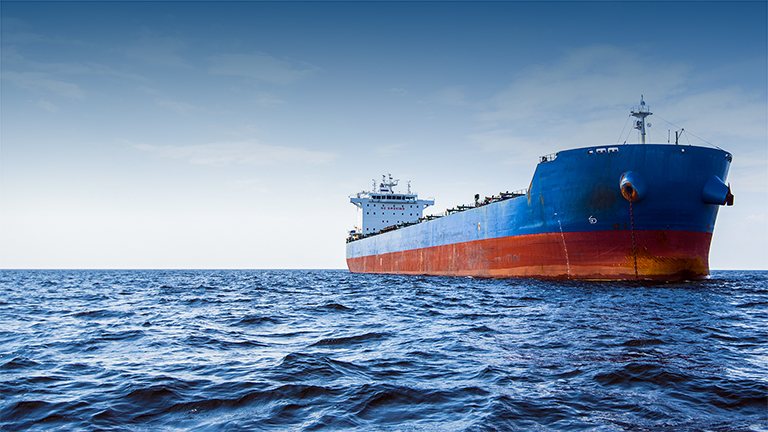 The shipping industry stands to be heavily impacted by emissions-related regulatory changes in the coming months. Amendments to Annex VI of the International Convention for the Prevention of Pollution from Ships (MARPOL), adopted in June by the 76th Marine Environmental Protection Committee (MEPC) meeting, present the shipping industry with significant challenges.

From January 1, 2023, vessels registered in MARPOL signatory countries will have their exhaust emissions tested at the vessel’s next annual, intermediate or renewal survey thereafter, using a scale known as the Energy Efficiency Existing Ship Index (EEXI). Testing will take place on all vessels of 400 gross tonnage (GT) or more, that are registered in MARPOL signatory countries. Since 2013, vessels under construction have undergone testing using a similar regime — the Energy Emissions Design Index (EEDI).

The aim of these allied initiatives is to drive the shipping industry towards the International Maritime Organization’s (IMO) target of a 40% reduction in carbon emissions — compared to 2008 levels — by 2030. Further action may be needed, as the European Union (EU) stated recently that for all vessels visiting ports or sailing within its waters, a tougher 55% reduction in carbon emissions, compared to 1990 levels, will be required by 2030.

A vessel’s emissions will have to meet the targets set out in the EEXI at testing, in order for it to receive a certificate of compliance, called the International Energy Efficiency Certificate (IEEC).

Under EEXI standards, vessels will be tested on an emissions scale of A to E. Those in the A to C group will be issued with the IEEC. In order for vessels in the D and E categories to qualify for the certificate, their owners will have to state the actions they are going to take, to achieve an A to C emissions rating. Such statements must be acceptable to the testing authorities — simply promising to reduce speed, or to reduce the distance traveled, will not be regarded as sufficient action.

The Attitude of Ports and Terminals

It is important to realize that, prior to entry, ports may start requiring to see evidence of a vessel’s IEEC from the first vessel survey date after January 1, 2023.

Vessels without the necessary certification on board may increasingly encounter difficulties in being allowed to proceed into a port or to a terminal. Ultimately, this could have consequences for a vessel owner’s obligations under a charterparty agreement, if the vessel is unable to proceed to ports, nominated by the charterer.

Furthermore, failure to obtain an IEEC could be viewed as a breach of the MARPOL convention and, as such, may render the vessel technically “unseaworthy”. Such a charge could have unfavorable implications, not only for the vessel operators, who are usually contractually obliged under the terms of a charterparty agreement to provide a “seaworthy” vessel for their charterers, but also for individual cargo owners, under the terms of the affreightment or bills of lading contracts.

The method a ship owner chooses to achieve EEXI certification, and the alternative fuel type they decide to adapt their engines to run on, will be largely up to them. However, the failure of an owner to achieve EEXI certification for a vessel and to obtain an IEEC, could have implications for insurance cover. Voyage policies often require the vessel to be seaworthy at the commencement of the voyage. Under a time policy, the vessel is required not to set to sea if the insured knows it to be in an unseaworthy state.

While vessel charterers do not choose the fuel type, as vessel owners and operators make that decision, the new requirements, nonetheless, present them with a number of challenging decisions to make. As they often hire a ship for several years at a time, the end date of a charter agreement might fall after the new MEPC rules come into force.

Charterers need to consider what action they would take, if, for example, the vessel they hire is considered to have become unseaworthy, on account of the owner not being able to obtain an IEEC at its first survey following the vessel’s next annual, intermediate or renewal survey on or after January 1, 2023.

Depending on the terms of a charterparty agreement, a time charterer may be able to cancel the contract, if the vessel owner fails to acquire an IEEC. The time charterer could face potential issues with any voyage sub-charters they enter into on that vessel, if the owner fails to obtain the certificate.

However, if a time charterer is contractually permitted to cancel a charterparty agreement, they would then need to find and hire another ship in order to fulfill their obligations to sub-charterers, possibly at increased charter hire rates, prevailing at that time.

Another major consideration for time charterers is how they will supply the energy sources, as under the terms of most time charterparty agreements, they not only pay for the fuel (commonly called “bunkers”), but also have to supply it.

Aware of increasing environmental concerns, ship owners are currently considering the various options for alternative fuels and propulsion methods for their vessels. Time charterers will need to consider carefully which vessels to hire. The less established, and in some cases, not yet available fuel types, may present sourcing, storage, and supply challenges.

There will be supply issues, even if the alternatives are employed just as “dual fuels,” where they are mixed with heavy fuel oil (HFO) or very low sulfur fuel oil (VLSFO) in order to be able to ignite within the vessel engine cylinders. Examples of dual fuels include:

Alternative propulsion, such as sail, electrical, and nuclear power are further options that vessel owners may be considering at this time.

With the gradual arrival of alternative fuels and propulsion methods in the shipping sector, there are now more opportunities to opt for greener energy sources to cut carbon emissions. However, vessel engines may need substantial modifications in order to be able to use such fuels, even as dual fuels.

A charterer opting for a vessel that is using an alternative energy source will have to consider its quality, future cost, and its likely availability. Unlike the fuel that we use in our cars, there are no international quality standards for many of the alternative fuels for shipping. Time charterers opting for vessels that run on alternative fuels, will need to check whether the ports along the route are able to source and supply them and whether they will offer guarantees as to the quality of the fuel supplied. Also, ship crews need to be trained in handling these new fuels, as some are known to be more caustic and errors could lead to substantial losses and potentially to crew injury.

Although the industry focus has been predominantly on the sulfur and carbon emissions from commercial vessels, there are other issues on the horizon, such as the nitric oxide (NOx) and particulate matter emissions (PM) from some of the alternative fuels. It is reasonable to assume that, like sulfur and carbon, these will also become subject to more rigorous testing and will have their own reduction targets set, as the shipping industry strives to achieve acceptable environmental standards.

The new MARPOL Annex VI changes on vessel emissions and the growing availability of alternative fuel sources, present ship owners, operators, and charterers with a number of difficult decisions to make. Obtaining the necessary documentation must be top of mind for those in the maritime industry. If a vessel is deemed unseaworthy, due to its owner’s failure to obtain an IEEC when required to do so, insurance policies covering the vessel, and the charterer’s liability, may be seriously affected. This could then precipitate concerns for vessel financiers, who normally mandate that adequate marine hull and hull war insurances and P&I cover is maintained at all times, for the vessel they are financing.