Environmental perils are top of mind for organizations, ranking among the top three risks in both this year’s Global Risks Report and the Excellence in Risk Management Report. And now that we are in the midst of hurricane season, businesses must think carefully about the environmental risks that major storms can leave in their path.

Gale-force winds, powerful storm surge, and torrential downpours that can be caused by major storms can have devastating effects on the environment, including breaching containment facilities and dispersing waste, raw sewage, and other contaminants. And fuel escaping from ruptured tanks and wrecked vehicles can cause further contamination, affect recovery efforts, and also become a health hazard to emergency workers, cleaning crews, and building occupants.

Companies whose containment facilities are breached, leading to the dispersion of contaminants, can face several problems, including potential criminal liability. When Hurricane Harvey caused widespread flooding in Texas, a chemical company lost power and its refrigerated containers stopped working, resulting in thousands of pounds of chemicals housed inside heating up, causing explosions and fires, and eventually leading to indictments.

Even the best mitigation plans can be thwarted by severe weather events. And even companies that do not themselves suffer any breaches can be vulnerable, as contaminants can enter their properties, leading to widespread damage and possible prolonged evacuations until a property is deemed safe. And cleaning up waste and debris from your property can itself present a serious hazard.

Which raises another challenge: Following major weather events, it is not uncommon for emergency response to be overwhelmed, resulting in lengthy waits for investigations and cleanup to commence. This can lead to new problems, such as mold in properties that remain underwater for some time and other indoor air quality challenges that could push back plans to restart operations.

Moreover, the rebuilding process can, at times, lead to the discovery of previously unknown environmental perils that predate the storm, including asbestos-containing material. Such material can be costly to remove and dispose of, can further prolong business interruption, and poses its own challenges to cleanup crews.

The Value of Pollution Liability Coverage

With the traditionally most active period of hurricane season still to come, companies should review their current insurance coverage, giving special attention to policy wording — especially exclusions — and limits. While property and general liability policies may provide some coverage for pollution losses, this coverage rarely responds in a broad way to environment-related perils. Such policies, for example, general liability policies, typically do not provide coverage for cleanup of your site, remediation of contamination that predates a storm, and business interruption due to environmental problems.

If you’re potentially in the path of a severe storm and you already purchase environmental insurance, you should carefully check those policies and their terms and limits, too. Many environmental insureds purchase multi-year policies with a single limit. Given that reinstatement of limits is not commonly available, it is possible for policy limits to be completely eroded by a single severe weather event. 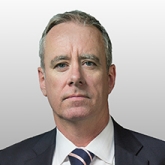