Marsh colleagues Elaine Casaprima and Sarah Robson have been honored in Business Insurance’s 2019 roster of Women to Watch. Now in its 14th year, Business Insurance’s Women to Watch awards program recognizes women leaders doing outstanding work in risk management and commercial insurance worldwide. In 2017, the publication began a separate award program for women executives in EMEA. Honorees for both programs are selected based on recent professional accomplishments, expertise, leadership, and future career prospects.

“Marsh is proud of Elaine and Sarah for inclusion on this prestigious list.  Their focus on clients, and the contributions to our firm and the industry warrant such recognition,” said John Doyle, President and CEO, Marsh.

Elaine is the CEO of Bowring Marsh, Continental Europe, Marsh’s dedicated, specialist international placement broker. Based in Zürich, Switzerland, Elaine oversees the European insurance placements of more than two hundred Fortune 1000 clients and has primary responsibility for Marsh’s relationship with key Swiss and German markets. She relocated to Zurich from New York in 2001 and joined the board of Marsh AG (Switzerland) as CEO in 2006. In 2016 she became the Country Corporate Officer for Marsh & McLennan in Switzerland, working closely with the leaders of Marsh & McLennan’s operating companies in Switzerland to drive cross-business initiatives and champions the MMC Advantage. Elaine is also responsible for the Bowring Marsh team in Madrid, which provides placement solutions in the Spanish insurance and reinsurance market for Marsh’s global clients. In 2012, she was tasked with establishing the Bowring Marsh office in Dubai and during her seven-year tenure, the office was continually recognized as one of the fastest-growing hubs in Bowring Marsh. She also served on the board of Marsh Management Services (MENA) Limited until 2018.

Sarah Robson is the President and CEO of Marsh Canada. In this role, she sets the strategic priorities for the organization and oversees Marsh’s operations nationally in 15 cities across Canada. In 2019, Sarah was appointed to the additional role of Country Corporate Officer for Marsh & McLennan in Canada, working closely with local leaders of the other MMC operating companies to strengthen MMC’s position in the marketplace and enable long-term revenue growth. Sarah joined Marsh more than 25 years ago and has held a number of progressively responsible positions in North America. Throughout her career, Sarah has been a strategic advisor to risk managers, C-suite executives, and boards of directors primarily with respect to D&O risk management. She played an integral role in establishing Marsh as a leader in the Canadian marketplace and served as a key member of the Marsh Canada Executive Committee from 2010 to 2015. Sarah is also a founding member of Marsh’s Global FINPRO Advisory Board. Among her many assignments was management of the metro New York FINPRO practice and managing Marsh’s relationship with AIG.

A full list of 2019 Women to Watch winners can be found here. 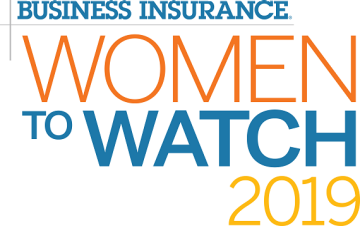