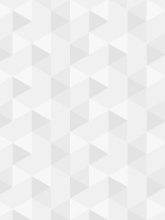 As a Team leader, Paul heads one of the seven client service teams in the Bermuda office. Working with a staff of professional accountants, insurance practitioners and support services, he is responsible for the management of approximately 45 captive insurance companies, and has experience on accounting, investments, regulatory and other technical issues in the captive insurance industry.

Paul joined the company in 1999 as a Finance Manager responsible for the day-to-day operations of a number of captives.  He was promoted to Senior Vice President in 2010.

Prior to joining the company, Paul worked at Ernst & Young in London for four years where he was involved in a variety of audits in the financial services division.

Paul received a Bachelor of Commerce degree from the University of Nairobi in 1993 and was admitted as a member to the institute of Chartered Accountants in England and Wales in 1998. He qualified as a Chartered Financial Analyst in 2004.