With UK private sector defined benefit (DB) pension schemes showing a GBP900 billion deficit (Consultancy UK, 2015) as at 31 December 2015, pensions are an increasingly important area for companies to address. Pension scheme funding is a legal requirement imposed on all plc’s with this type of pension and can be approached in a number of ways, with many forms of assets being acceptable to the pension scheme trustees.

The most common forms of acceptable assets include:

Due to the assets and liabilities of pension schemes being recalculated every three years through an actuarial valuation, the level of capital that any given company must commit to the scheme will vary frequently. This, coupled with the fact that any capital committed to the scheme is irretrievable, makes it especially important for corporates not to over-capitalise the pension pot at any given time and for an appropriate repayment structure to be in place so as to ease cash-flow positions where possible. Even though future payments may be reduced due to an earlier overpayment, this could still put pressure on cash flow.

The issues facing conventional forms of pension scheme funding can include:

A potential solution to the above problems would be the pledging of surety bonds to the pension scheme trustees. The product is a contingent liability and so sits off the balance sheet. Surety bonds can then be used in a number of ways for deferring and restructuring payment plans, which could free up capital to be used elsewhere in the business, subject to the strength of the corporation. 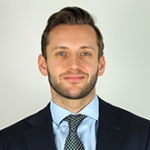 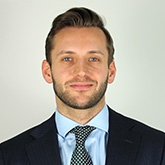