Events In Turkey: What Defines A Terrorist Attack?

Over the past few months, Turkey has been hit by a large number of terrorist attacks, as tensions between government and Kurdish militants, as well as the threat of ISIS, have led to increasing volatility throughout the country.

This has included at least 20 terrorist attacks from June 2015 to October this year, with at least six linked to ISIS and at least nine linked to Kurdish militants.

Following the recent military coup, questions have arisen in terms of what is covered in terrorism policies and what is not.  For example, would losses stemming from these events be classed as terrorism? Or would they be excluded under most policies?

Do you know if you are covered?

“... an act, including the use of force or violence, of any person or group(s) of persons, whether acting alone or on behalf of or in connection with any organisation(s), committed for political, religious, or ideological purposes including the intention to influence any government and/or to put the public in fear for such purposes.”

“Loss or damage occasioned directly or indirectly by war, invasion or warlike operations (whether war be declared or not), hostile acts of sovereign or government entities, civil war, rebellion, revolution, insurrection, civil commotion assuming the proportions of or amounting to an uprising, military or usurped power or martial law or confiscation by order of any government or public authority.”

When considering how this would affect your insurance coverage for risks in the region, you should take the following steps:

Organisations with possible exposures in Turkey should continue to monitor the risks in this country and take this into consideration with regards to risk management and insurance coverage. 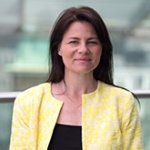 Mind the Gap: How to Approach the Gender Pay Reporting Regulation