The escalation in gastric illness compensation claims made through UK claims management companies (CMC) is causing great concern for those across the travel industry. So much so it has prompted the Ministry of Justice’s Claims Management Regulator to launch an investigation into the increase in holiday sickness claims and the conduct of regulated CMCs and unauthorised entities in relation to the increase in claims made.

The travel trade association ABTA registered a dramatic increase in travel sickness claims during 2016 and, following investigation among its members, has noted an increase in the travel-related activities of claims management companies since 2012. Tour operators are repeatedly seeing claims which involve late notification and unconfirmed medical evidence, and customers are not raising the issue at the resort, with some claims coming through years later – all similar characteristics to bogus whiplash claims seen by courts previously. Investigative journalism too has also uncovered the concerning practice of tourists being targeted while on holiday by companies encouraging them to submit fraudulent claims about falling ill at resorts in order to win compensation.

Although the Civil Justice Reforms in 2012 were intended to clamp down on fraudulent personal injury claims, they excluded incidents that occurred overseas from the expansion of the regime for fixed recoverable costs. This may have had an inadvertent effect on the travel sector, as claims companies may well have moved into the holiday sickness market after the Government acted to curb false compensation cases for whiplash injuries.

Identifying the Risk and Protecting Your Reputation

In order to protect their own reputation, tour operators need a robust strategy to identify and defend fraudulent and exaggerated claims, while at the same time protecting those consumers with genuine claims.

The significant uptick in claims notifications in the summer of 2016 has prompted tour operators to further develop their risk mitigation strategies and improve claims defensibility. This includes establishing a requirement for hoteliers to provide documentation relating to their management and control of hygiene, a thorough audit programme to verify these controls, and maintenance of customer feedback and incident/complaints logs.

Tour operators have also been developing robust claims handling procedures in conjunction with their insurers, loss adjusters, and lawyers. Claims handling strategies need to be developed and agreed between all interested parties, including protocols for the acknowledgement of claims and requesting detailed documentation from the claimant’s representatives to evidence their claim. If it is ultimately determined that a settlement is appropriate, then obtaining agreement from the hotelier to the settlement proposals increases the chances of recovery from them if that is so desired.

Fraudulent and exaggerated gastric illness compensation claims can have a devastating impact on your organisation’s reputation; don’t let that happen to you. 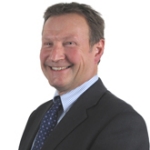 How to Avoid the Hidden Costs of Corporate Income Tax Liability 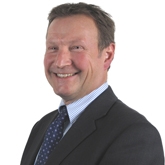