Iran-US Confrontation: What are the Implications for Businesses?

The recent confrontation between Iran and the US is likely to increase political and security risks for companies in the Middle East, which must navigate a complex geopolitical environment. For the moment, however, political risk insurance pricing has felt little impact.

Throughout 2019, Iran pursued provocative activity in the Middle East. Iran was widely believed to be behind drone attacks on Saudi oil infrastructure in September 2019 and Iranian-backed militias were also responsible for a December 2019 rocket attack on a military base in Iraq, which killed a US contractor.

It was in this context, that on 3 January, 2020, a US drone attacked a vehicle in Baghdad, killing Iranian General Qassem Soleimani, the Islamic Revolutionary Guard Corps (IRGC) Qods Force commander, and the Deputy Commander of Iraq's Popular Mobilization Units (PMUs), Abu Mahdi al-Muhandis. On 8 January, Iran fired ballistic missiles on two US and Iraqi airbases, with no casualties reported. By 11 January, the Iranian government also admitted that it unintentionally shot down a Ukrainian passenger plane, shortly after it departed from Tehran's airport. Recent events are also likely to spell the end of the Joint Comprehensive Plan of Action (JCPOA), further isolating Iran, as Iran ended restrictions on nuclear enrichment and European signatories triggered a dispute resolution mechanism.

Subsequent rhetoric from both parties suggests an unwillingness to pursue a full military confrontation. Instead, Iran is now likely to prioritise securing a US withdrawal from the Middle East, focussing on covert operations and actions by its proxies. In the medium-term, Iraq is likely to be the staging ground for such activity and, outside of the Kurdistan Region, firms there are likely to face elevated security risks, including higher risk of attacks on US assets. Militias are likely to target US military bases and personnel with improvised explosive devices (IEDs) and rockets. US allies with a military presence in Iraq, particularly the British, are also likely to be attractive targets. Risks are not confined to Iraq. Assets in the Gulf States may be targeted as Iran exerts pressure on US regional allegiances. Iran, likely through its proxies in Yemen, may launch missile attacks on US and allied military bases and energy and infrastructure assets in the region.

Iran may also seek to orchestrate attacks against US troops globally, potentially in the form of targeted assassinations and IED attacks, affording Iran deniability. Given the IRGC's existing networks, attacks are most likely in Western Europe, Latin America, and/or West Africa.

Further posturing between Iran and the United States is likely, generating uncertainty for firms operating in the Middle East. Companies should ensure that they have a strategy for navigating this complex operating environment, including to manage exposures through political risk insurance (PRI).

Based on discussions with PRI underwriters, the recent US-Iran confrontation has left the market generally unfazed. Regarding Iraq, insurers have always been cautious and will continue to be so. As to the potential evolution of pricing, underwriters said that pricing has remained generally stable, given the longer tenors of PRI. This contrast to other lines, for example marine insurance, where the spot rate on a war cover for a seven day 'traversée' of the Strait of Hormuz may jump from 0.15% to 0.35% flat. Typically, PRI underwriters won't provide coverage rather than risk getting caught out.

The market's perception of the region overall seems to be that the various country and security risks have not deteriorated significantly, but there are heightened short term security concerns for US military assets, and to a lesser degree UK military assets, particularly in Iraq. We expect insurers to remain consistent in their approach to underwriting Middle Eastern risks. 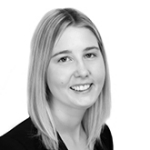 Water Damage: What Happens When the Drips Become a Deluge? 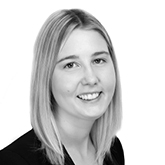