Rise of Active Assailant Attacks: How Insurance Is Responding to This Evolving Risk

Active assailant attacks – carried out by an individual with the intent of killing or causing harm to a person or people – are becoming more frequent in many countries around the world. In the US there were 340 reported mass shootings in 2018. In the same year, the UK reported a 16% increase in knife-related incidents and a 2% increase in firearm incidents – a total of 46,639 events.

Assailants are often using whatever they have to hand – guns, knives, corrosive substances, or vehicles. According to a recent FBI report, the most likely locations for an attack in the US are those with heavy flows of human traffic moving freely, such as commercial areas and public places. Sadly, schools and higher educational premises are the second most common location for an attack.

A traditional terrorism policy would typically require property damage in order to be triggered. However, less sophisticated active assailant attacks have been aimed at causing civilian casualties rather than property damage.

The rise of active assailant attacks has led to new insurance solutions that offer a broader definition of terrorism not restricted to religious, political, or ideological motivations. Such insurance can provide the usual cover for property damage and business interruption, as well as for non-damage business interruption caused by denial of access or threat. This provides protection for companies who haven’t been the direct target of an attack, but have still suffered a loss due to business operations being unable to perform as usual.

Equally, coverage can be sought for legal liability, the increased cost of working incurred by an active assailant event, and loss of attraction, which relates to the downturn of potential revenue as a consequence of an incident. The biggest impact is undoubtedly on the victims and their loved ones and products are increasingly covering the associated costs of supporting and helping the victims of attacks, such as counseling, funeral, and medical costs.

Insurers recognize the alignment of interest with policyholders. Reducing exposure has moved to providing expertise and resource to insured companies to help them to be better prepared for these attacks, as well as handling the outcome should they occur.

Crisis management services can provide pre-incident training as well as crisis response. It is vital for a business to have a robust framework in place to protect its people and operations if something does happen. Every type of location has its own set of challenges when it comes to preventing and responding to attacks. Complex building structures, multiple entry points, the population onsite – be it children in a school or sick, injured, or elderly patients in a healthcare setting – are just a few factors that need to be considered.

In the event of an attack, crisis management professionals can provide immediate assistance to guide an organization through this critical period where every decision and action is crucial. This includes accounting for people onsite, establishing an employee/family reunification center, having support services in place to provide psychological support and first aid, managing the media, liaising with the local services such as hospitals and care teams, and working with the police to coordinate crime scene management and clean-up.

Management will come under intense scrutiny when an attack takes place and will be judged on the protection and procedures in place prior to an attack. This scrutiny will play out in real time and, more particularly, after the event. The days of solely waiting for concise investigations and legal recourse are in the past. The interjection of politics and social media takes this scrutiny to a new, much broader dimension. Duty of care and best-practice have become larger anchors of measurement for the evaluation of preparedness and response.

As the terrorism insurance market becomes more mature, a benchmark emerges for organizations managing and transferring these exposures. As the take-up of these policies increases and the solutions available gather speed, businesses that are judged not to have a plan after an attack may face the greatest criticism. It is our role as intermediaries to advise clients of the availability of these solutions, and to work with insurers to continue to adapt to our clients’ needs. 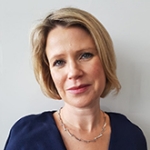 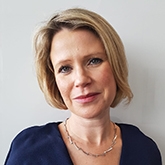 How Should You Be Insuring Against Lone-Attacker Events? Terror, Unrest, and a New Wave of Disruption: Staying Covered Through Non-Damage Business Interruption