Terrorism Risks in Education: Have a Plan

The large number of terrorist attacks in 2016 have offered harsh reminders that we all must be prepared to cope in the worst kind of crisis.

For independent schools, that means being capable of looking after the safety and security of pupils and staff. Simply being in the country at the time of an incident is enough to raise concerns within a school's community. For example, how would a terrorist event such as the Paris attack have impacted on a school whose pupils were transiting through the city on their return from an overseas trip?

Being prepared also means being able to operate once the immediate threat is over – highlighting the importance of developing, maintaining, and exercising crisis management, emergency response, and business continuity plans. Schools with such plans in place can better help pupils, parents, and staff through a crisis.

The nature of terrorism is changing fast, driven largely by the rise of ISIS and the emergence of “terrorist-inspired attacks” alongside attacks directly carried out by terrorist groups.

Recent attacks in Europe and the US have increased concerns about potential soft targets, the availability of weapons, border safety, and the threat of homegrown extremists, which escalated dramatically over the past year.

It is therefore more important than ever to take steps to make sure your school could cope in a crisis created by a terrorist attack – whether the school is directly affected, located within the vicinity of an attack, or pupils and staff are travelling in an area targeted by an attack.

It is important that any such planning includes the following:

Of course, nothing can prepare us for the shock of a terrorist attack, but integrated and well-practiced crisis and continuity plans can prepare you to help pupils and staff when they need it most. 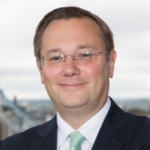 Electronic Bills of Lading: Managing the New Risks That Accompany This New Technology 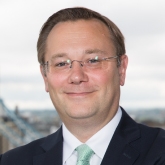 Head of the UK Education Practice